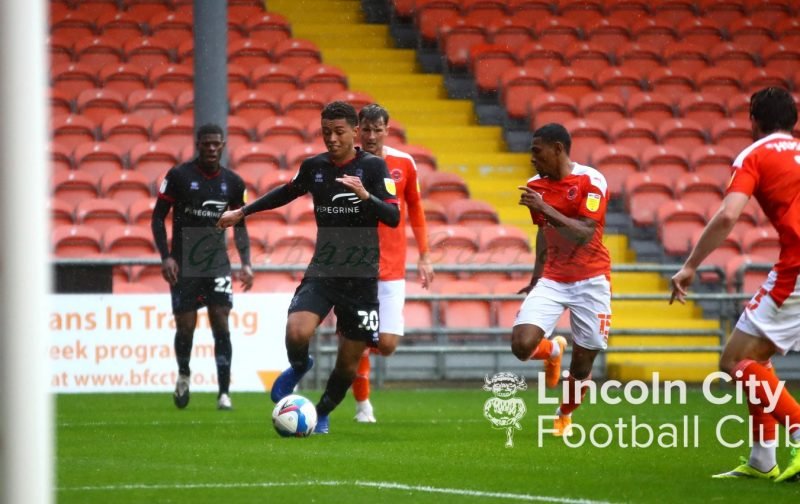 As Max Bygraves allegedly said ad nauseam, “I wanna tell you a story.”

When I was eleven or twelve years old and living in Bassingham or Cranwell (we moved when I was eleven), I saw a film on television called How To Murder Your Wife. I probably watched it mainly because I was a huge fan of Jack Lemmon, and I remain so to this day. Or perhaps I watched it simply because Sundays in Lincolnshire were beyond boring in the seventies. That is certainly true.

Released in 1965 – the same year as me – the film is completely and irrevocably dominated by a young Italian actress named Virna Lisi. When you are eleven or twelve, you fall in love all the time. At that age, I fell in love variously with one of the girls next door, two of the girls next door, the newscaster Kathy Rochford, my economics teacher Miss James, a girl on the bus I had never seen before, and a thirteen-year-old girl who lived down the path from our house whose name I cannot and will not ever be able to remember. And that was within the confines of one day.

And then, of course, I forgot all about her for a very long time.

Several decades later, I was on holiday in Rome with my other half. One evening, we decided to take our evening meal on the Via Vittorio Veneto – famously known simply as the Via Veneto – in one of the many pavement restaurants plying their trade there. Back in the day, the Via Veneto was one of the places to be seen. That fabulously enigmatic and unidentifiable group known only as the jet set took part of its summer there, long sunny days frequented by the beautiful people and not by the likes of me and my other half. We would have been personae non gratae back then, but we were more than welcome decades later. It was more than obvious by the time we arrived that life had moved on for the Via Veneto. Even its faded glory was fading.

At some point during the evening, I started to chat with a man who I correctly identified as the owner of the establishment. It was a Thursday evening, trade was relatively quiet, and in my best schoolboy Italian I asked him about the famous Via Veneto. He answered in more than competent English and, as if by magic, became almost comically nostalgic. He told me what the Via Veneto was like in the 1960s when his father owned a restaurant a few yards down the road: far distant days when he was no more than a boy, when Rome was an irresistible draw for the rich and famous from all four corners of the world. He told me tales of Richard Burton and Elizabeth Taylor, Brigitte Bardot, Steve McQueen, Sophia Loren and Gina Lollobrigida, all of whom made great efforts to be seen among the glitterati on the very pavements now occupied by two people who were far removed from any definition of beautiful.

Dredging up memories from an embarrassingly distant childhood, I agreed that Sophia was very beautiful, but suggested that Virna Lisi was the most beautiful of them all.

I expected him to tell me what an imbecile I was, to ask me how I could be so stupid, and to ask me to leave his restaurant immediately and never return. And probably to deny that I had ever been there. Italy, I mean.

However, he did something very surprising. Squatting down on his heels, he pointed towards one of the magnificent apartment blocks on the opposite side of the road.

“You see the apartment with the blue curtains? That is Virna Lisi’s apartment, she lives there. I see her every day.”

At this point, it would be very easy to agree what a small world it is. However, I would also like to point out that I would not like to have to paint it.

A few months ago, I saw How To Murder Your Wife on television for the first time in a large number of years. There can be no doubt that Lisi absolutely dominates the film. It comes to life when she appears, and remains compelling to the closing credits. Lemmon was seldom upstaged during his stellar career, but the film stands testament firstly to the fact that it was a possibility, and secondly that it actually happened. Watch this film if you can, you will not be disappointed. It is an underrated masterpiece.

The mature incarnation of the small boy who fell in love with Virna Lisi in 1970-something is still in love with her today. To my mind, she is one of the most beautiful and charismatic actresses who ever lived. Sophia Loren and Gina Lollobrigida rightly remain icons of the Italian cinema into their eighties and nineties respectively, but it breaks my heart to tell you that the third member of that great triumvirate – Virna Lisi – lost her battle with lung cancer on 18 December 2014 at the age of 78.

As ever, you will be wondering what a beautiful but tragically dead actress has to do with Lincoln City. Bear with me, I will endeavour to tell you.

Lincoln City started the 2020-21 season like an express train, with eight wins from their first nine games. Inevitably, questions arose in some minds over whether Michael Appleton is a better manager than Danny Cowley; some considered the current team to be the best since Murphy’s first spell in the early 1980s; and is Lewis Montsma to be our first million-pound sale, or will Sean Roughan beat him to it? Such conjecture inevitably fills countless inches on social media, and it is certainly pleasant to compare the current crop of players with some of the best in the club’s history.

However, there is an inherent problem: beauty is in the eye of the beholder, and sometimes in the behind of the holder, as one comic novelist once wrote. In other words, it is impossible to compare teams from different eras, and therefore their players and managers. Herbert Chapman won titles galore with Huddersfield and Arsenal in the 1920s and 1930s, but would he be able to win a game today? How would Alf Ramsey fare in the World Cup against Lippi, del Bosque and Löw? Would Harry Kane have scored goals in the 1962 World Cup Finals (when he would have looked even more scarily like Leslie Phillips than he does today)? No one will ever know, and it is pointless spending even a nanosecond considering any of it.

On a more parochial level, in 2006 Lincoln City held a poll to celebrate the club’s 100th season in the Football League. Supporters were invited to nominate the ten best players in the club’s history, but it was an utterly pointless exercise for so many reasons. Firstly, it is an impossible task to compare every player to have appeared for the club without having personally witnessed every game played by every one of them. And unless you were at least 130 years old in 2006, that was not possible. Even then, there would be a significant element of subjectivity unless there were enough voters to give it any kind of validity. We all see games differently, and therefore players differently. Personal bias will always influence viewpoints, as will family connections and whether or not John Kennedy lives next door to you.

Furthermore, there will be a natural weighting towards players from more recent eras because those are the ones people will have seen. For example, is it possible to compare left-backs Billy Bean (391 appearances including wartime football) and Sam Habergham (96 appearances)? Unless you have seen the two of them play over an extended period, it is impossible to do so. However, I bet Habergham would get the majority vote simply because the majority will not have heard of Billy Bean, let alone seen him play.

Have I said enough to put you off voting in these polls yet? No?

Let’s consider some additional problems. The qualities people admire in others also change over time. Billy Dinsdale may have been a big favourite in the 1920s because he was great at shoulder-charging the goalkeeper into the net with the ball, but he would be taking an early shower in today’s game. If anyone has ever seen Harry Enfield’s take on traditional wingers, we may also assume that vintage players would not create too many opportunities today. The late Norman Hunter was loved at Leeds for kicking strikers ten feet into the air, but he would be joining Dinsdale in the showers within the first ten minutes nowadays. Or ten seconds, if the referee was Mike Dean.

To compound matters, the game has changed almost beyond recognition in terms of the rules (irrevocably ruined by IFAB), its scientific approach (people with university degrees instead of a bucket and sponge), its training methods (no more running up and down sand dunes), and even its technology (the incredibly imbecilic VAR and an incompetent analyst a hundred miles away in place of a linesman with a flag). The pitches are a tough perennial blend of grass and plastic (as opposed to the Baseball Ground Beach), supporters have ergonomically-designed seats to take the weight off (instead of a urine-stained patch of crumbling concrete to stand on), and the police generally use modern surveillance techniques to prevent rival supporters from running through the adjacent streets in search of someone in a different coloured shirt to annihilate. Many of these changes are good for the game and the safety of its supporters, and some are not. But the game bears almost no resemblance to the one I started watching fifty-odd years ago, and that is the crux: everything moves on, as everything must.

Every generation creates its own heroes, whether that be in film, music, literature or sport. Much of that will be dictated by the age in which we live, by its cultural environment, and that is exactly the way it should be. It was just as impossible in the fifties and sixties to compare Virna Lisi with Sophia Loren and Gina Lollobrigida as it is to compare Lewis Montsma with Sean Roughan or any other player from a different age. The key is to enjoy the current team and its players for what they are, and avoid comparisons with other eras. Other than a vehicle for passing a few minutes between friends, it is completely irrelevant.

All anyone ever can be is the best of their era, and even that carries a shadow of subjectivity. What we do know from the league table is that we are currently watching a very good Lincoln City team, and we should leave it at that.

So, who have we fallen in love with this month?

Topping the ratings in October is Forest loanee BRENNAN JOHNSON, who averaged an excellent 7.34 from his six appearances. Winning penalties can be a profitable asset in more ways than one.

Flying Dutchman LEWIS MONTSMA takes second place after another outstanding month. The goals may have dried up as opposing teams have wised up, but his defensive performances have improved visibly by the match.

In third place we have JOE WALSH, who formed an impenetrable barrier with Montsma in his four games. What a shame the two of them are injured at the same time.

Interestingly, Adam Jackson topped the ratings in September but brings up the rear in October from his three appearances.

The average team rating of 6.86 is marginally down from 6.92 in September.

(Players in brackets made only one appearance during the month).

So where does that leave us regarding the current Player of the Season standings?

Home Player of the Season:

Away Player of the Season: