LW: “Akinde and O’Connor both showed glimpses of what we’re in for.” 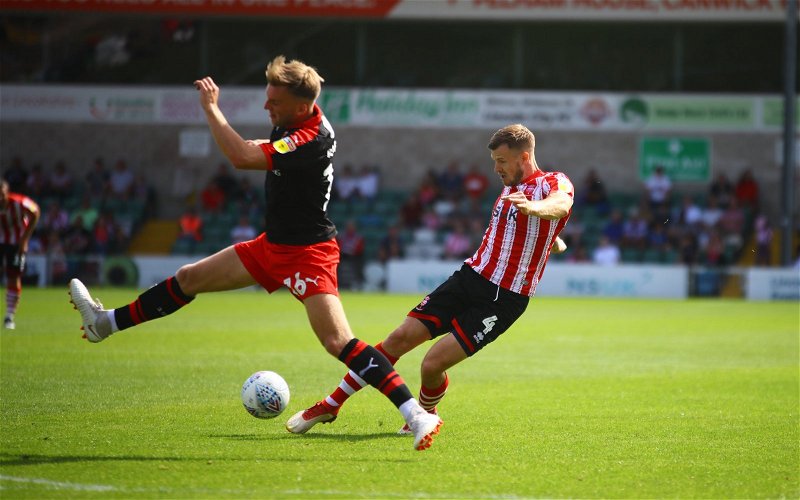 Views from Luke Willson following Saturday’s 4-1 win at home against Swindon Town: “Observations from Saturday was that Toffolo looked better going forward than defending, albeit the latter was quite minimal. He looks like a player who’s going to look to get fouls rather than just dealing with danger.

Bostwick got a lot of mentions, but Wharton was outstanding Saturday.

Akinde and O’Connor both showed glimpses of what we’re in for when they’re both fit.

Andrade is going to be a very good player for us. A flair player but willing to do the dirty work as well.

McCartan is the player we wanted Knott to be. Always on the half turn, always available and can skip past players at will. I was watching him quite closely, and the number of times he got into space by standing still was crazy.”

Other views from the match thread:

GreenNeedle: “This game reminded me of Chesterfield at home last season. We won at a canter despite not really having to go up the gears. If what we were trying to do had come off it would be scary to think what scoreline it would have been.

Swindon looked quite good in their midfield but everything goes through their number 3 and he had no options forward so each time he either got caught in possession, had to run on himself to try and make a chance for himself or lay it off to another non-dangerous area.

I am sure if that No3 had Freck alongside him with Akinde, Andrade and McCartan giving options he would have had a number of assists to his name.

Hard to assess where we are at from the game because we weren’t really tested other than the one Vickers 1 v 1 which of course he came out the winner again.

Not seen the highlights yet but their pen looked like it was the ref feeling sorry for them and letting them try and get on the score sheet.”

evenstephen: “What a great result! Two wins out of two against two teams who many of us were expecting to be there or thereabouts this season. It looks as though we have the capability to mix things should the need arise this season and we are better equipped for a strong push for better things.”

LW: "Akinde and O'Connor both showed glimpses of what we're in for":https://t.co/iI1TojUlBS#ImpsAsOne #STFC #Swindon