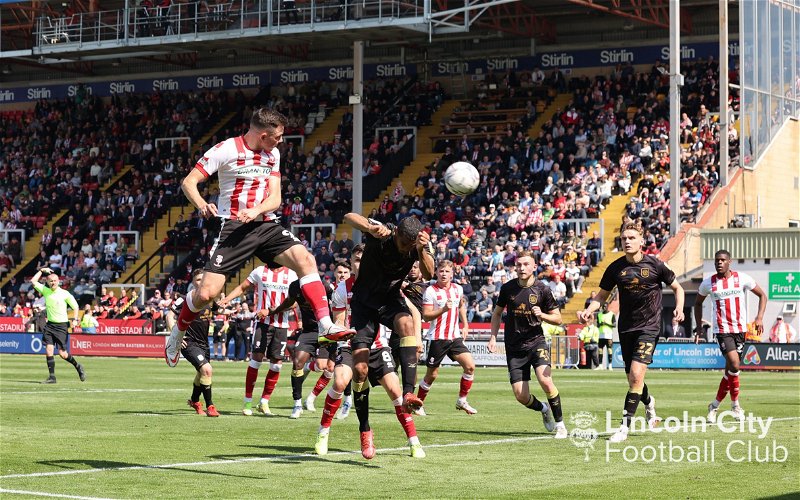 Following the 2-1 win at home against Crewe Alexandra in League One, I asked the Vital Lincoln City members what three things they learned from the match.

1. Up to the news which seeped out a couple of hours after the match, I was thinking that this season would go down as that one which newer supporters, ie those who came on board this journey in or around 2016, will consign to the back of the memory and really struggle to remember much about it. For some reason, I have by and large forgotten whole seasons around the early to mid-1990s simply because they were largely uneventful and this season will be such a one for the newer supporters. Of course, the announcement after we had all gone home might have changed that view, but overall this is a whole year which in years to come many will struggle to recall it that well.

2. The last ten minutes can’t paper over the changes that are needed. It was quite a bizarre end to the game. For 70 odd minutes, we just looked like we could not be bothered. Passes went astray and it often had the feeling of a pre-season match. Then we decided to play what can only be described as playground football. Tactics and formations went out the window and somehow we turned it around by simply putting a six-man forward line on the pitch. I suspect that if we had named a kitchen sink on the subs bench it would have come on. It did give a nice end to the season on the pitch, but we all know that such tactics are not the answer and across the board, you know that personnel changes on the pitch need to happen otherwise come this time next season we might be in Crewe’s position at kick-off yesterday.

3. The football club continues and we are in good hands behind the scenes. I like many others was disappointed when it was announced that Michael Appleton was leaving the club. An excellent coach, undone by having a plethora of injuries to deal with this season and over-achieving last season. But managers and coaches have come and gone in all our times as an Imp, but not always have we had the confidence that those making the vital decision really know what they are doing. So often the appointment would be because the applicant had a name in the public domain and that impressed the board. Now I fully expect our new head coach/manager to require a hefty majority of supporters to have to Google them, but that is all for the better due to the due diligence our board will undertake. As a supporter, I have full trust that we won’t be seeing an Allan Clarke or Chris Sutton appointed and that is a reassuring position to be in.

Have a go at our Lincoln City versus Crewe Alexandra Quizzes, published last season (they were all correct at the time they were published):