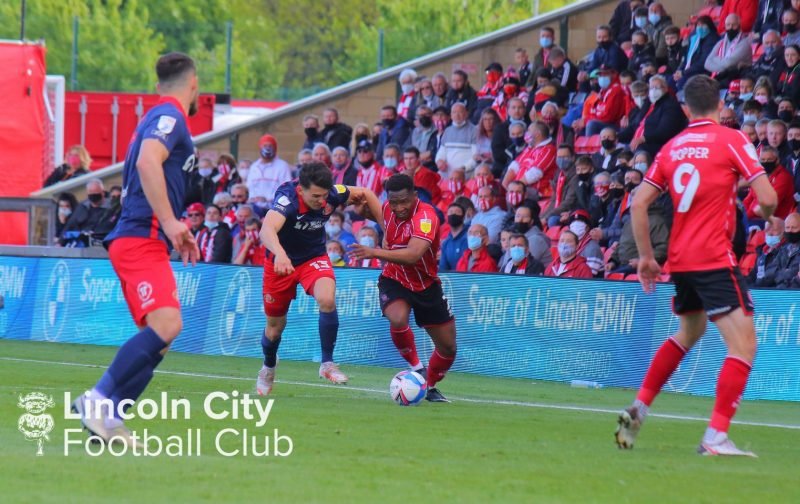 Views from Brendan Bradley following Wednesday night’s 2-0 win at home against Sunderland in the 1st Leg of the League One Play-Off Semi-Final: “To try and be as coldly objective as possible the first half was decent, despite only playing well in spells, and we should have been ahead at half time.

But then in the second half, we had some good fortune, plus the emergency goalkeeper made the save of the season at 0-0.

Sunderland are a very odd side. Their players largely do the predictable, unless it goes to one of the wingers, and they look rather plodding. But from somewhere they manage to get loads of chances. I think on XG they would have won the league which is surprising as they only seem to have two avenues of attack – cross and head or cut inside and shoot.

Nevertheless, despite showing very little flair, they could easily have had a couple of goals tonight.

We really didn’t do much with the ball at all in the second half and I doubt Blackpool would have been looking at that game with any sense of trepidation.

I hope we don’t just invite pressure on Saturday, we need to be much more incisive on the break. And I think we probably will be.”

Rasenimp: “Absolutely magnificent performance. Sets us up for Saturday and pleased to see how business-like the team was after the game.

We wanted to win that game, attack, play our football. Awesome.”

Chesterimp: “Great committed team performance, great result, anyone who says Brennan’s goal was lucky wasn’t watching the match, keeper was vulnerable to that all the way through.

Hope injuries clear up for Saturday but it’s a quick turnaround. Montsma and TJ growing with every match. Bursik was superb.”

Red Wimp: “Well just back in, I’m absolutely shattered. Not used to it, I think wild celebrations are something you need to train for.

Will need to watch the recording back to make a considered view but seems Sunderland probably edged chances and we scored at the right time (twice), was slightly surprised how deep we were but can’t argue tactics after a 2-0 win. You do get a different perspective watching live, and some things on far side of pitch you don’t see so well but you can see more of what happens off the ball and some players (Edun, Poole, Eyoma) look even better in real life as it were. Not getting carried away bearing in mind Peterborough at half time.”