Lincoln City 2-0 Oxford United: Our Man of The Match 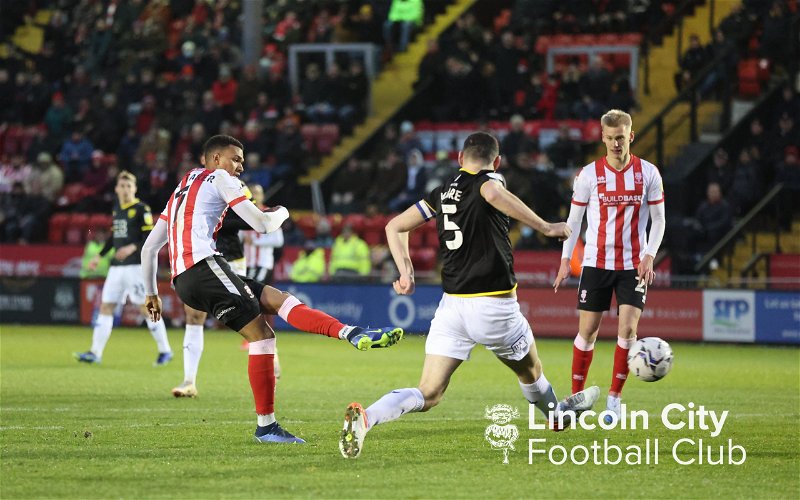 The Vital Lincoln City members’ voted for whom they believe was The Imps Man of The Match in their 2-0 win at home against Oxford United in League One.

Views from Chesterimp: “One of those performances where there are several candidates, all for good reasons.

Whittaker’s terrific debut, playing with skill and intelligence, filled the gap we’ve been missing this season without Brennan Johnson.

Poole was an absolute rock, playing well out of position at left CB and having to deal with a defensive reorganisation, a real leader.

But I’m happy to go with Lewis Fiorini. I’ve been far from alone in questioning whether he’s ready for this level of football and would benefit from his loan being ended. Yesterday he did the off-the-ball work and scrapping he’s been struggling with, set up both goals with good quick passes, and nearly bagged a goal for himself. If he sustains this level, he’ll be fondly remembered once his loan ends in May as planned..”

sedgleyimp: “I’m sure the majority will go for Whitaker and with good reason, but I’ve plumped for Regan Poole who was immense at the back in a role he isn’t accustomed to (left side centre back). He took responsibility for organising what was in many ways a makeshift defence when Montsma had to go off and kept Taylor very quiet throughout. Real on-field leader.”

berksimps: “What a change to have multiple candidates and for positive reasons. Whittaker gets it for being the catalyst for the change in belief, speed of thought and making us so much more positive. His quality first touch, pace, and the goal stood him apart. No coincidence others also had great games, some their best for many weeks so mentions also to Poole, Eyoma, Fiorini, Scully, and Bramall.”

Riiiiik: “I wanted to give it to Whittaker with his fantastic debut but after all the negatives bandied about regarding Fiorini I’m giving it to Lewis. He never stopped trying and played with confidence throughout. He has knocked off the ball a couple of times – he can’t help his size but oh what wonderful passes he laid on for both goals.

However, take a bow the whole team because that was a fantastic performance across the board.”

Have a go at our Lincoln City versus Oxford United Quiz, published last season (they were all correct at the time they were published):