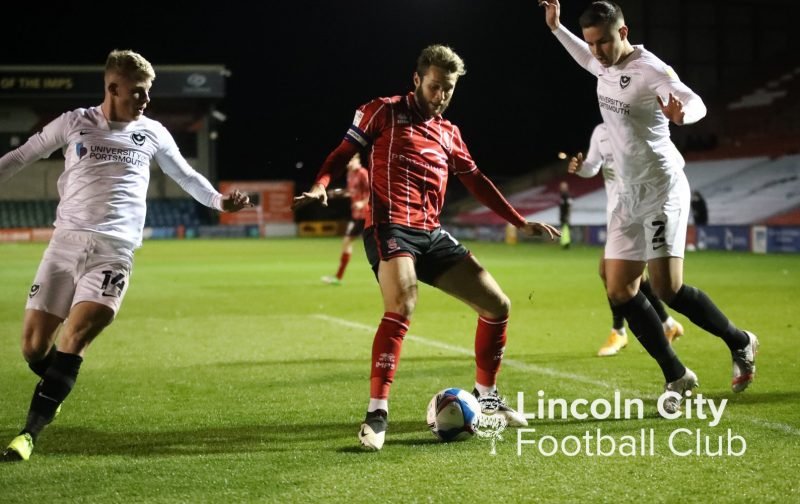 Views from Merthyr Imp following last night’s 3-1 defeat at home against Portsmouth in League One: “Well, second-best in most areas on the night as we never could get going in midfield.

I would have made Jackson man of the match except for Portsmouth’s second goal, as it is I’d choose Harry Anderson even though he only played half an hour.

I’m not convinced by Eyoma in central defence but we might be OK with him there against Forest Green. But with Anderson at right-back, as Gotts had a nightmare after the break. I wonder if Melbourne might be fit for Saturday? I wouldn’t be surprised to see Gotts in midfield on Saturday and maybe Edun given a game there.

Scully was a bit in and out at best, and although Johnson got more into the game in the second half his two shots at goal were disappointing – especially the right foot one.

You can discuss what has been said in this article HERE, as well as many other topics on our 100% Imps forum! We have also published a Lincoln City v Portsmouth Quiz, which can be found below. Every page view helps raise money for Lincoln City Football Club!

hulloutpost: “I think we will see ebbs and flows throughout the season due to the unrelenting amount of football to be crammed in. The teams that can manage their squads in terms of fatigue and avoid injuries will prove to be the most consistent.

There will definitely be cases of playing teams at the wrong time or conversely a good time this season and I expect there will be more surprise results than normal due to that.”

Croozey: “Portsmouth were a good strong side. They out-hustled and harassed us. were sharper at winning the loose balls. That said we could have performed better. We were very inexperienced in the back 4 tonight. We don’t seem to have a proper full-back on either side of the pitch and are making do, with youngsters out of position who want game time. I mean, that’s no accident, it’s clearly part of the long term development plan the club are using to get these youngsters game time. Which is fair enough. But I think tonight, we defended poorly. Harry Anderson came on and looked a match for them. A good goal for Hopper and Scully did battle.”

WellingtonImp: “I’m resisting the urge to over analyse tonight’s game – missing key players was a factor, but to what extent having those players available for selection would have changed the outcome, we’ll never know – Portsmouth were a second faster in thought and deed, physically strong, and well organised. My hope is that we learn from the last two games, and use that to improve ourselves rather than get demoralised. With a young squad, we’ll have bubbles of good results, poor results, good, poor… consistency will be work in progress.”