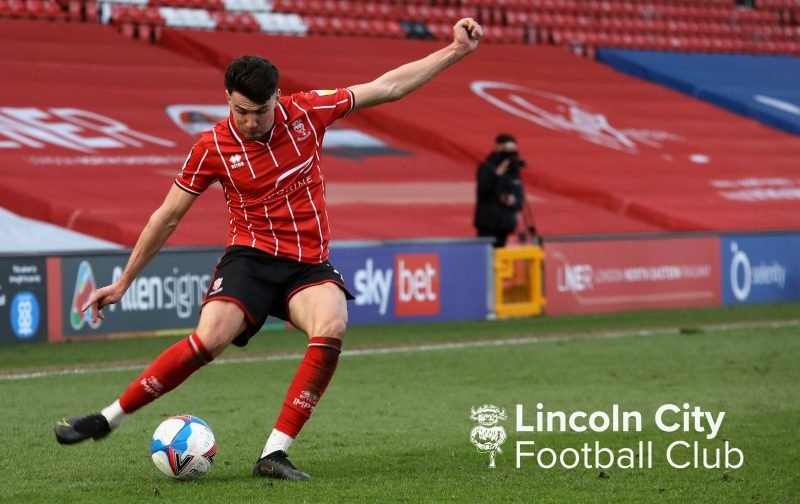 Views from Chesterimp following Saturday’s 2-1 defeat at home against Rochdale in League One: “Worst performance of the season for me, Rochdale deserved the win and looked more like the promotion candidates.

Frustrating that we failed to press their defenders anywhere near enough throughout the 90 minutes, made it too comfortable for them. Not the game for Morton unfortunately.

A young side showing its naivety again, can’t believe they were following the game plan.

Regarding the full-backs, I can see why MA wants the two new ones to play a full part and rotate with Eyoma and allow Edun to play in midfield. Poole and Bramall have improved with more matches but both had relapses today.

Onto Tuesday, hope MA gets a response but fear the season is heading for play-off disappointment at best.”

You can discuss what has been said in this article HERE, as well as many other topics on our 100% Imps forum! We have also published a Lincoln City v Rochdale Quiz, which can be found just below. Every page view helps raise money for Lincoln City Football Club!

WellingtonImp: “A degree of arrogance for me. We are thinking that we can play the ball around teams and walk to a result. Passing and movement off the ball is not energetic/good enough for that. The real desire, effort and focus only come in when we have to chase the game. Need to be putting that effort in from 1 minute to get ahead. Hence we struggle against battlers in the lower half. Really do miss Bridcutt.”

Scotimp: “A bad day at the office to say the least, some unbelievably poor stuff today. Although he made a couple of good saves, Palmer’s distribution was terrible again – I noted six occasions when he either panicked on being closed down (1), hoofed the ball out of play (2) or hoofed it straight to a Rochdale player (3). Our midfield was totally overrun, Jones looked like he has never played before, and some awful set pieces from him. Jackson got himself the wrong side of the Rochdale attack with frightening regularity, and Edun got away with a blatant penalty. Every ball bounced off Morton, invariably ending any chance we had of building an attack. Bramall gave the ball away repeatedly and looked very uncomfortable, while Poole actually passed the ball back to Palmer from near the edge of the Rochdale area. Everything looked panicky and hurried, we do not react well when a side closes us down quickly.

I am sure Bridcutt will start against Gillingham to restore some order in the centre, today there was none.

Here’s a positive thought: perhaps the worst performance of the season is now behind us.”

Rasenimp: “Personal opinion – need to cool the opinions on Bramall and Poole a little bit. I think it is more jarring because they have both been thrown into the side and they were both poor today BUT Bramall will be an asset in games where our chances just come on the transition and I massively disagree that Eyoma is better technically than Poole even if his end product was rank today.

I think they could both be reasonable players.”