Lincoln City 1-2 Hull City: Our Man of The Match 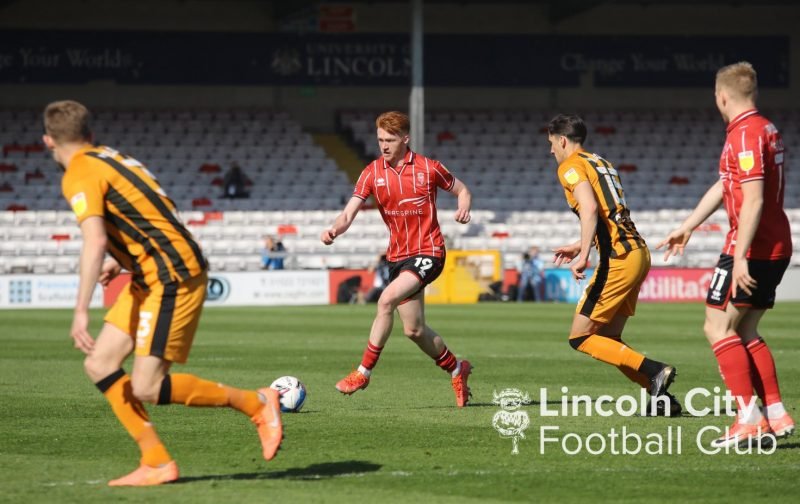 The Vital Lincoln City members’ voted for whom they believe was The Imps Man of The Match in their 2-1 defeat at home against Hull City in League One.

Views from Rasenimp: “Johnson for me, carried the fight with his running in a game where Rogers and Scully struggled to influence proceedings.

Edun played well again in two positions and was unlucky to come off, but has played a lot of football. He was probably second for me. Eyoma was good at CB.

Otherwise, Morton fought gamely and Montsma took his goal well but probably didn’t defend as well as he would like.”

You can discuss what has been said in this article HERE, as well as many other topics on our 100% Imps forum! We have also published a Lincoln City v Hull City Quiz, which can be found just below the previous Man of The Match poll winners. Every page view helps raise money for Lincoln City Football Club!

Chesterimp: “Edun for me, at left-back battled in defence but always looking creative getting forward including those excursions into right forward midfield. Carried on in similar vein in midfield. Not everything came off, but he was always trying.

Morton put in a fine shift upfront but a missed kick in a good position mark him down below Tayo.”

berksimps: “Johnson, who looked as creative as anyone on the pitch, gets the vote. Best game from Morton in a while, he really got stuck in. A decent team performance against the top side in the league, and for good periods we bossed it.”

syimp: “Very happy with the display yesterday, after the early setback. We started like rabbits caught in headlights but settled down to dominate possession and it was nice to see Lewis coming in late for his strike; also loved the audacity of his taking on the 30-yard free-kick.

The play-offs it almost certainly is, then and time to shake off the spectre of all those previous missed opportunities.

What a season it’s been, irrespective of the final outcome.

Morton for me, again, for re-modelling his game to suit our circumstances and making a great fist of it.

Would love to see him back next season, to see where his game goes next, when hopefully he’ll have been able to do upper bodywork to improve his strength on the ball in the close season.”

March Man of The Match winners:

April Man of The Match winners: