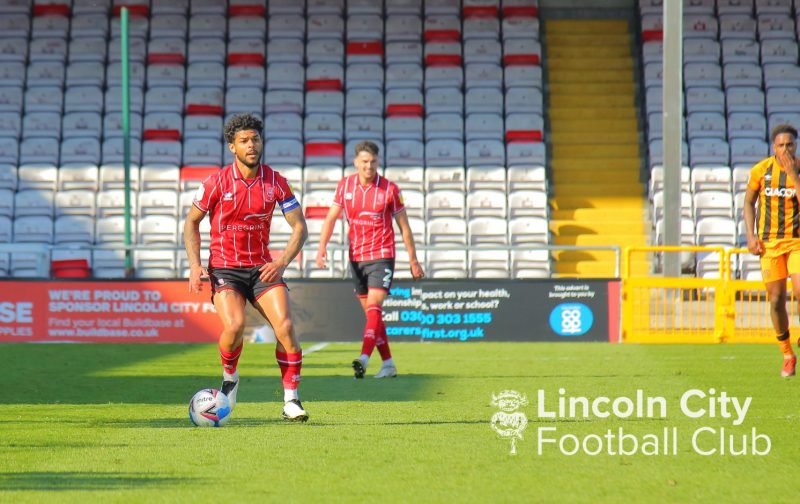 Views from imps_joe following yesterday’s 2-1 defeat at home against Hull City, which saw the visitors promoted back to the Championship: “No way we deserved to lose that, but we’ll be disappointed with the number of chances we created given how much we had of the ball. Really foolish challenge from Poole to gift them the points.

Definitely, a point dropped. Just hope it doesn’t cost us.

On the upside, we played pretty well for the most part without being at our best. Grant looked better as the game went on and good to get minutes into Bridcutt and Hopper.”

You can discuss what has been said in this article HERE, as well as many other topics on our 100% Imps forum! We have also published a Lincoln City v Hull City Quiz, which can be found just below. Every page view helps raise money for Lincoln City Football Club!

Did you watch the match yesterday afternoon? Don’t forget to Rate The Players, Vote For Your Man of The Match, Rate The Ref and share your views on our Match Thread!

PerthImp: “Not a very enjoyable game but I suppose the tension of the occasion played a part. Hull did what they needed to do to win the game, though we shot ourselves in the foot a bit giving away the penalty, especially when we were pretty much on top and looking for a winner. A professional performance from Hull – congratulations to them getting back to the Championship – they probably earned it over the season. Now it’s our turn – with a fully fit squad (almost) let’s go on and finish the job at Wembley.”

WellingtonImp: “Yet another sluggish start, and a poor challenge in the box, cost us a victory, let alone a draw. Deserved something out of the game, but can’t gift a team like Hull two goals and then hope that we pick up a point of three, even if the effort merited it. We should take heart from the second-half performance and move on to Tuesday.”

Brendan Bradley: “Not disheartened by that, obviously nobody likes to lose but the only important thing is that when we enter the playoffs we do so in reasonably good form, and it was a good enough performance. Plus three key injured players got some match time.”