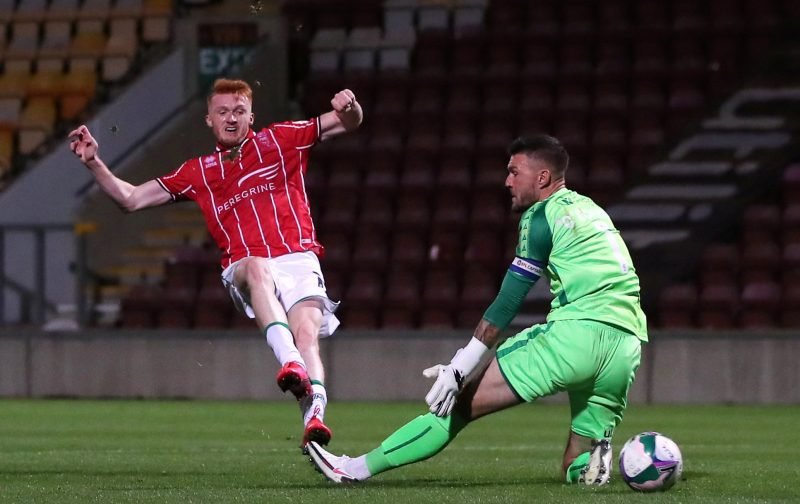 Views from Brendan Bradley following tonight’s 2-1 defeat at home against Fleetwood Town: “When you bring in players like Poole, Bramall and Sanders when we did they can only learn on the job as there’s no time to train and get used to the patterns of play.

The full-backs in particular are very important in this way of playing as they are expected to play as wingers, create overloads and even go on underlapping runs. That’s in addition to defending as conventional full-backs and also acting as the keeper’s out-ball if the centre backs are marked. That’s a lot of responsibility.

Eyoma and Edun had performed very well this season and so naturally Poole and Bramall will suffer by comparison. If they’re any good they will grow into it but that might take another half dozen games. I think we can all see Poole is nearer than Bramall but Bramall is quick and that might be an asset.

I’m not going to repeat my views again on Johnson in midfield except to say that I’ve been vindicated, sadly, and Rogers is beginning to infuriate me. It’s no good languidly dropping a shoulder and leaving two defenders sprawling if you then run straight into three more, or can’t pass the ball five yards.

We may actually have to look at next season now, as was expected all along. We’ve been a bit spoiled.”

You can discuss what has been said in this article HERE, as well as many other topics on our 100% Imps forum! We have also published a Lincoln City v Fleetwood Town Quiz, which can be found just below. Every page view helps raise money for Lincoln City Football Club!

Did you watch the match tonight? Don’t forget to Rate The Players, Vote For Your Man of The Match, Rate The Ref and share your views on our Match Thread.

hulloutpost: “We can stress and worry about the first 60 minutes but I’ll look beyond that. Positive substitutions and half an hour of Sanders and Morton have shown a way forward out of a difficult week. Those two are going to give us a lift and I’m going to call it, the worst is over.

Take the last half hour into the first half-hour on Saturday and I can see the good ship Lincoln being steadied sooner rather than later.”

imps_joe: “As has been mentioned, Sanders has to start next game, even if he can only 60 minutes. We need to tighten up at the back and offer the defence more support. Playing counter-attacking football and constantly going 1 0 down is not going to end well.”

Sincilbanks: “I will make this observation: We’ve been made to look pretty ordinary defensively by two sides in a row now both playing three at the back and with 2 very progressive wing-backs.

That formation means they have an extra man in midfield, and if our wide men are not committing to tracking the wing-backs runs there is ample opportunity for them to link up with either a forward central midfielder or a striker coming wide to assist, or often both. If they lose the ball in or around our 18-yard box they also have plenty of bodies to put around our player with the ball and try and win it straight back or make it difficult to play it quickly and accurately to counter…

We saw it time and again tonight…”