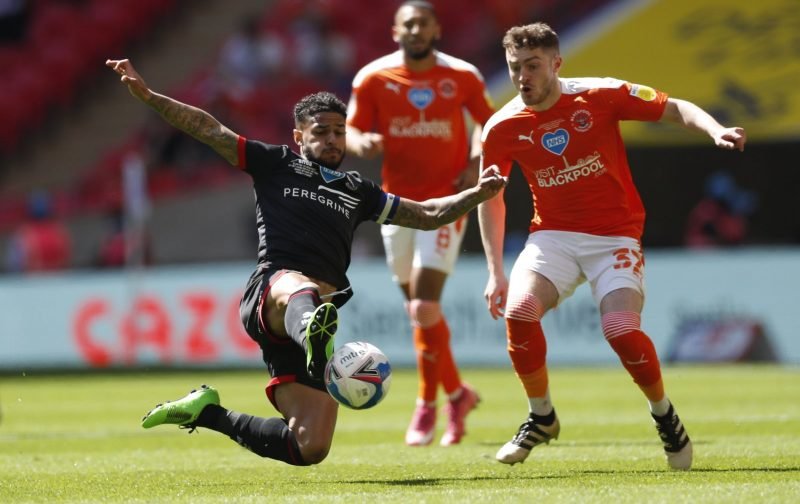 Following Sunday’s 2-1 defeat against Blackpool in the League One Play-Off Final at Wembley Stadium, I asked the Vital Lincoln City members what three things they learned from the match.

You can discuss what has been said in this article HERE, as well as many other topics on our 100% Imps forum! We have also published a Lincoln City v Blackpool Quiz, which can be found just below the first three things. Every page view helps raise money for Lincoln City Football Club!

1. One thing that stood out for me was the disjointed structure of the midfield. For so long this season they’ve been completely together and playing off each other. Against Blackpool, they seemed to be doing their own thing instead of working together. How much of that was down to them and how much was due to Blackpool just playing tactically better I don’t know.

2. There seems to have been criticism that too many square and backward balls were played during the game. My answer to that is Montsma. How often do you see him bring the ball out and play an imaginative forward pass to try and get something moving? I hope he is the regular right-sided CB next season as I think he deserves to be. One of the most skillful players in the squad and now has a season’s experience defensively of the English game.

3. Johnson is going to be a huge miss – he frightens defenders to death with his pace, quick feet, and direct running at them. MA & JG have to find someone similar, but we also have to find a better way of maximising Hopper & Scully with whoever that is.

4. Finally, thank you to everyone at the club for giving us a truly brilliant season and coming so close to getting into the second tier 👏👏

And here’s what berksimps said:

1. To win a final is all about small margins and taking those chances or half chances. After a great start and getting their left back booked it was difficult to understand why we didn’t continue to drive at him. Shots/headers on target win games and we had precious few worthy attempts on goal.

2. We are a team that counters well, and attacks together and defends together. The stifling and harrying of our midfield not only lead to their first goal, but also stopped much of our incisive passing and effective forward play.

3. On a hot sunny day, the Blackpool fans grouped together in the “home end” had an advantage. Those of us near the 617 had the benefit of being relatively cool, were able to stand throughout the game and only wear a mask if they wanted to. Being close, but not too close, to the 617, therefore, provided a more comfortable and better atmosphere.

4. When travelling to Wembley leave early if you can. Trains are generally unaffordable. Three of us left Heighington by car shortly after 10.00 am and were outside the stadium just after 1.00pm having parked on someone’s drive (£11.00) within a ten-minute walk. Came A1 all the way to Apex Corner in spite of the SatNav’s alternative suggestions.

Still, it has been a great season. If we may the playoffs next season will be happy and will still go to Wembley if the chance is there.