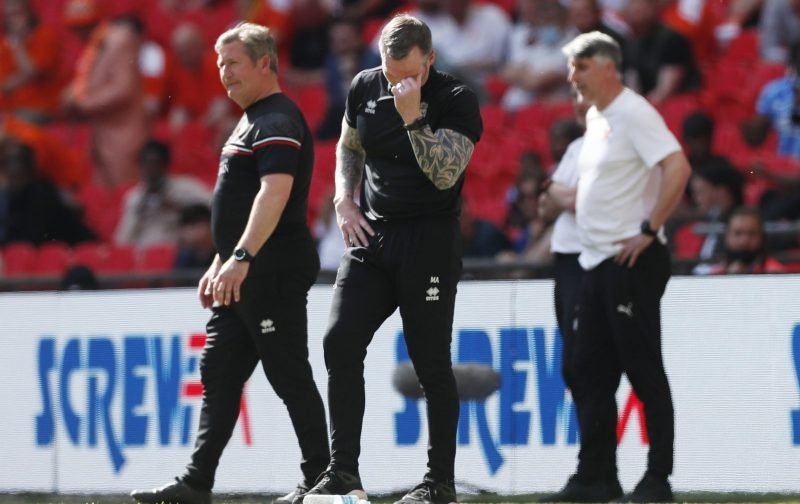 Views from WellingtonImp following last Sunday’s 2-1 defeat against Blackpool in the League One Play-Off Final: “Fair result. With the young squad, we lack the guile to win on the big occasion. Big opportunity missed, but was just a step too far, and a mid-table finish next season I’m predicting unless we can bring in some quality and get the team streetwise. A great ride nonetheless. Fingers crossed for next season. We have the key off-pitch components in place (at the moment) to make it happen.”

You can discuss what has been said in this article HERE, as well as many other topics on our 100% Imps forum! We have also published a Lincoln City v Blackpool Quiz, which can be found just below. Every page view helps raise money for Lincoln City Football Club!

GreenNeedle: “Another game we lose when we have a big hole in the middle of a weak midfield. I don’t mean in terms of the players because Bridcutt, Grant, and McGrandles are great midfielders but Bridcutt was always too deep, Grant was always too left and McGrandles always too far forward. Every second ball we cleared fell into a 40-yard hole that their midfield could take without challenge and that was what did for us again.

We need to try and become much more disciplined in midfield otherwise teams (especially good ones) have a free run straight at our defence.”

imps_joe: “Congrats to Blackpool. Deserved it today. The better team on the day.

God, I hate the play-offs.

Very disappointed, think there will be several players that will be a bit disappointed with their performance. Midfield were dominated. Can’t expect to win if you don’t hit the target. Didn’t get the ball to the wings enough and the passing wasn’t quite good enough. Too many long balls that were easily defended by Blackpool. Though the officials were dog shite, they didn’t really affect the result. We just didn’t get the rub of the green, not sure their first goal was handball but it could have easily been written off.

Gutted. It’s the hope that kills you. The most painful thing is I’m just not sure we’ll get another opportunity to get promoted to the championship any time soon.

Despite all that, it’s been a fantastic season. Much better than I ever expected. And I look forward to being able to witness the football first-hand next season.

Looking forward to the excitement of the rumour mill.”

PWould: “No complaints from me, the best team won. We lacked fluidity and were far too passive for the majority of the first half. More even second, but no efforts on target tells its own tale. Maybe we did not quite get the rub of the green but you make your own luck. Still been a magnificent season though.”

One Reply to “Lincoln City 1-2 Blackpool: Match Stats & Views From The Forum”