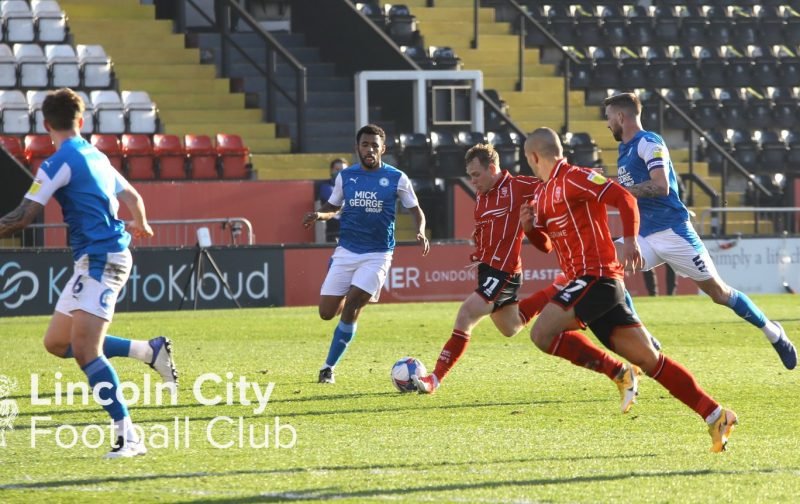 Views from hulloutpost following Saturday’s 1-1 draw at home against Peterborough United: “Football is a game of emotions. I went through a range of them there!

Should have won in the end but after the first half, I don’t feel that disappointed in spite of the penalty miss. I’m just pleased that we turned it around so dramatically in the second half and showed we are actually a good team that can quickly adapt and learn.

Might be a useful point in the context of the full season.”

You can discuss what has been said in this article HERE, as well as many other topics on our 100% Imps forum! We have also published a Lincoln City v Peterborough United Quiz, which can be found just below. Every page view helps raise money for Lincoln City Football Club!

gijsbert_bos: “Feels like a big missed opportunity. We’ve just been totally deflated since Jorge missed that penalty. They’ve sat in 2 banks of 4 and frustrated us and we haven’t been good enough to break them down. Would’ve taken a point after the start we had, but now I’m frustrated.”

LA_Imp: “Missed opportunity for three points. Disappointing really. Once we realize that we don’t have to show any respect to the “big” clubs we more than match them. Strange game, but Mr Rogers looks like he could be very, very exciting to watch. It’s a beautiful day in the neighbourhood.”

Brendan Bradley: “For all the people saying it’s two points dropped, presumably for the big second-half improvement and missed penalty, over the 90 minutes there is no way we deserved to win the game.

After the first 30 minutes, we should look at it as a point gained.”