JL: “I hate the playoffs” 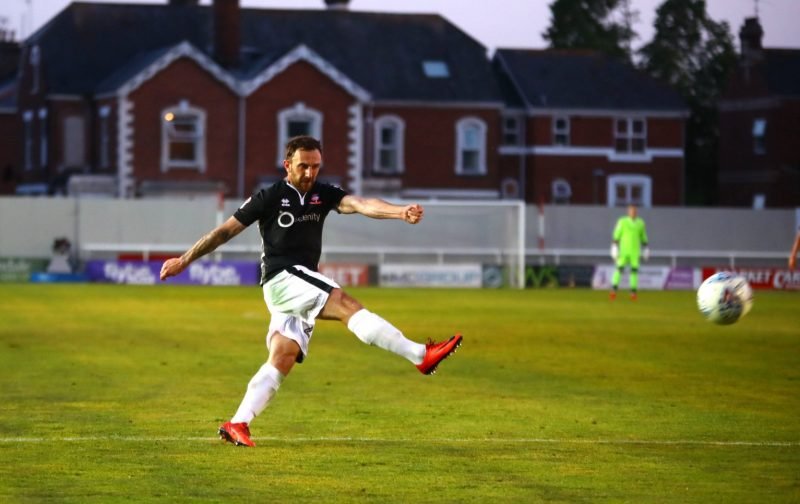 Views from Joseph Lovett after Thursday’s 3-1 defeat away at Exeter City in the League Two Playoffs: “So a fantastic season comes to an end. Was expecting mid-table at the beginning of the season, so get to the playoffs and win the Checkatrade Trophy is an amazing achievement. I’m obviously disappointed, but, I’m proud of Lincoln tonight.

I hate the playoffs.

Better side probably won, but we were a bit unlucky really. Official’s decisions didn’t go for us and two absolutely stunning goals for Exeter. Having said that don’t really hunk the Cowleys will be too happy how any of the goals came about.

Personally think 4-3-3 hindered us today. We had no support going down the wings and were overrun in midfield. Unfortunate that we were forced to put Botswick in defence because we missed him cleaning up the bits and pieces and stopping Boateng. Lots of aspects of the game we have to improve on, in particular, the basics like 5 yard passes, crossing, and controlling the ball. I think we really should have had a few shots from range. Their keeper knew what wasn’t coming. However, I’m so proud of the boys they kept going until the end despite the poor officiating. The ball just wouldn’t drop for us today.

Hats off to Exeter; they defended us very well and looked the more dangerous team going forward. Good luck in the final.

Safe journey back to the Lincoln fans that travelled.

Before the playoffs, I said I’d rather have the Cowleys for another year (or more) than get into the playoffs. Good times ahead. Think we’ll see a fair few changes to the team next season. We all know we desperately need a proven goal scorer, which we’ll have to shell some money out for. Think there are a few players we’ll be looking to improve on. I think we need an extra few bodies in the squad next season considering we were the walking wounded at the end.

Now to enjoy the savage disappointment of England in the World Cup!

Edit: a Brilliant interview with Danny after the game. What an asset he his to the club.”

Red Wimp: “Best team won as evidenced by the league position. However, in the end, small margins really, Rheady header 1st leg goes in rather than the underside, disallowed goal, penalty shouts, goals that Exeter probably have never scored 2 of in the same game all season.

However for all the pressure and corners, you can see what we’re lacking, it would just have been our minerals that saw us through.”

Not the result we wanted tonight but the end of a fantastic first season back in the EFL. Massive thanks to @dancowley1 and @Cowleyn8, the team and all the staff @LincolnCity_FC for making this possible. Thanks also to our incredible fans for their support throughout the season.

simes69: “Lots of magnanimous posters on here, but I feel very deflated. It was another entry in our collection of Bad Lincoln Play Off Performances where we don’t do ourselves justice and concede goals we wouldn’t concede in league matches (see Bournemouth, Bristol R). And, why do we have to always come across opponents at the absolute peak of their game (see ahem… Bournemouth, Bristol R.)?

I also don’t think we got any decisions over the two legs. But Exeter were mainly helped by our team selection (forced by injury). As others have pointed out Bossie in the middle, Wharton at the back, Eardley on the right may have been better, in fact, might have prevented all three goals, which were amongst the most disappointing we have conceded all season.”

Very proud of our efforts this season, no question. I was very critical of our first half last night, but great forward strides on/off the field however. On a fan to fan basis, I think some people still need to show more respect to others, I hope this can evolve next season.