JL: “Hats off to Accrington for winning the title” 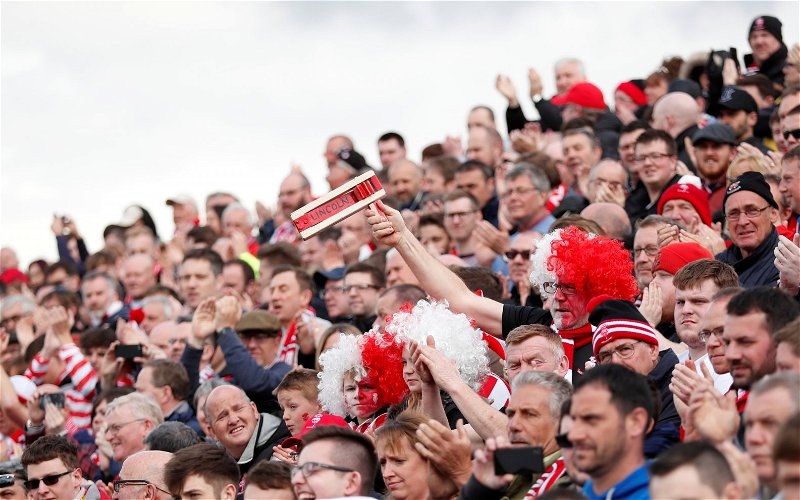 Views from Joseph Lovett after Saturday’s 1-0 defeat away at Accrington Stanley in League Two: “Today’s performance felt like an end of season game where we had nothing to play for. Decent atmosphere in the Accrington end when they realised they had won the league. Very hard to get any atmosphere going without a roof, not helped by our fairly lacklustre performance.

Hats off to Accrington for winning the title and I think today the best team/ team that wanted it more won. They weren’t your typical play you off the park champions, but, they were extremely organised and pressed very hard. They looked decent going forward and very tidy in defence, a championship winning formula. They win all the 2nd balls and give away very little.

Having said that it was a disappointing/frustrating performance from Lincoln. The set pieces were extremely poor. We played far too narrow and meant we were left with very few options down the wing. Even more of a problem was that we were so exposed down the wings and they were regularly running down the wing, cutting in and playing balls across the box. It was the route of the goals at Coventry, the goal today and the penalty (which looked very soft). We seem to struggle against players that like to run with the ball. I won’t say this very often but Eardley didn’t have a great game today, partly because he was up against their number 11 who was exceptional.

I can’t really remember having any shots on target and we only really got into the game afternoon Harry came on and gave us width and purpose down the flank. We had a couple of decent chances towards the end but they defended very well. With the results not going our way, not a great day really. It lets be honest we were only hoping for something from this game rather than expecting anything. Next Saturday is going to Spicy!”

Scotimp: “City never really got going until the final 15 minutes, when suddenly we were all over them. I can’t believe that was anything like a normal performance by Accrington because they weren’t very good on the day either, but did enough to win.

Someone posted earlier that there were two handballs in Lincoln’s box in the build up to the goal. I have to take issue with that – there were three, one of which was as blatant as can be and actually made a loud ‘splat’ sound. Astonished the ref didn’t hear it, let alone see it. These are the breaks.

Allsop made two excellent saves again – one from the penalty and another great reflex save with his foot after ten minutes or so. I just wish he would catch the ball instead of trying to punch it.

Failure is 100% not an option next weekend, and I expect the management team to make that crystal clear throughout this week. We’ve come too far to just hand this to Mansfield on a plate. #imps

clanford: “Thought we looked tired today. Never really got going and other than Greens half chance never looked like testing their keeper. A week to rest and then a full throttle Saturday. UTI”

Great from our fans to stay after the game and acknowledge the achievement of Accrington Stanley winning the League 2 title. https://t.co/dGtNU4ZadQ

JL: "Hats off to Accrington for winning the title":https://t.co/4BBGGO6RZA#ASFC #ImpsAsOne #EFL

Posted by Vital Lincoln City on Tuesday, 1 May 2018