“It was an important result which seems to have given us all a bit of a lift after a torrid couple of weeks.” 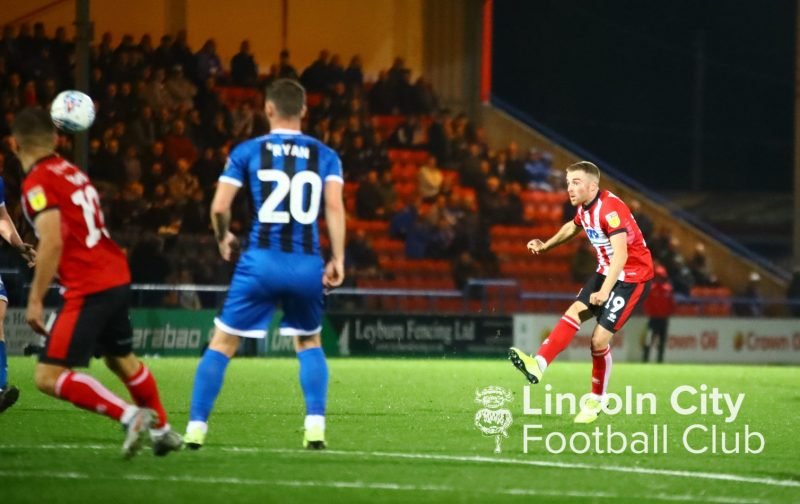 Views from Huntward following last night’s 1-1 draw away at Rochdale in Sky Bet League One: “Well, it’s a shame we didn’t turn up in the first half. It was an important result which seems to have given us all a bit of a lift after a torrid couple of weeks. We demonstrated that we can perform at the levels of the first few matches despite you know who not calling the shots. The goal was though critical in cementing that view.

Toffolo was brilliant tonight and I echo the comments regarding his work rate and commitment. He was the driving force in the second half. I firmly believe that we only see the best from Bruno when Harry is on song, such is his importance in the partnership. Despite that, I didn’t think Bruno was at his best tonight. Without Toff, Bruno doesn’t seem to fire. The opposite doesn’t appear to me to be true. If he keeps this up, I think we’ll do very well to keep hold of Harry come January.

Walker has scored his fair share so far this season but he clearly looks more comfortable when playing in a front two. I don’t want to see him in the corner trying to work things, he should be in the box. I thought Akinde was terrific for the few minutes he played. His presence certainly convinced me that two up top is a very attractive option. It’s unfortunate that he wasn’t brought on ten minutes earlier, but I suppose that is a result of us looking like we were about to get something without it actually materialising.

With this likely being McCombe’s last hurrah, I thought he might have been a bit more proactive in changing things a bit earlier. He had nothing to lose when we were one-nil down. But I’ll forgive him that, kudos to him for waking us up at half time, and in general for holding the reins since events unfolded.

I expect our new manager will be in place by Saturday and whilst there won’t be time for him (or her) to put their stamp on things, it is important that they do not throw the baby out with the bath water. We have a very capable core of players and I hope tonight represents the turn around in our mini-slump. We’re better than being also-rans in this league and that is why it is so important we take time in getting the right man in to fulfil that.”

Did you go to the match last night or watch it on iFollow? Don’t forget to Rate The Players, Vote For Your Man of The Match, Rate The Ref and share your views on our Match Thread!

Chesterimp: “Classic game of two halves, second-best in the first – not so much ‘not interested’ as out-competed by ‘Dale, losing most second balls, not really linking up, the likes of Bruno running into cul-de-sacs. Poor goal and defence looked shaky. ‘Dale didn’t play like a side spanked last time out and low on confidence, but gee’d up to right a wrong, though we helped them somewhat first half.

Whatever they had in their half time tea, can I have some? Totally transformed second half, upped the tempo and sustained for most of the half, linked the passes and supported each much better, Morrell and Connolly bossing the midfield, Bruno now a threat every time he had the ball, Toff magnificent on the ball and everywhere off it. As ‘Dale tired we looked most likely to win it, snuffing out a couple of breaks with Morrell notably bringing one potential clean break under control.

Who’s said Payne a liability? Provided our best chance first half with a twisty run in a crowded part of the box ending in pen shout when Connolly went down (bit theatrically, tbh), always a busy threat second half and unlucky not to score on a couple of occasions, seemed convinced one was a handball.

Jamie McCombe and Andy Warrington slow with the substitutes, needed JA on 10 minutes earlier at least.

Ultimately, to use another cliche, we’ll ‘take the point’, if they can continue the form of the second half we’ll be doing ok post-DC/NC. Hope Clive enjoyed it and didn’t get too many hassling him to know how the manager search was progressing.”

Merthyr Imp: “OK, back in my Manchester hotel room and haven’t yet looked at anything anyone else has said.

First half was like a continuation of Saturday’s game – playing it across the back four to end with a long ball forward for Walker to be beaten in the air. Vickers presenting them with the goal didn’t help though.

But we were revitalised after half time and Vickers then became the kind of spectator their goalkeeper had been in the first half. We began to do everything but score and it would have been an injustice if we hadn’t done so. Certainly, the proverbial game of two contrasting halves and there was only one team ever likely to score after the break as we bossed the game, looking sharp and positive. It seemed as if whenever Rochdale tried to mount an attack it ended with them passing the ball back to their own goalkeeper – whether that was because they were more intent on protecting their lead than adding to it or whether we forced them into it I’m not sure.

But a superb performance from City in the second half and you could tell at the end they had really given their all.”

Scotimp: “Just seen our goal on the highlights, another very good glancing header by Walker. Get the ball into him, he will score a hatful – something for the new manager to address. We have a 30-goal striker if we use him right.”

"It was an important result which seems to have given us all a bit of a lift after a torrid couple of weeks."https://t.co/u8kiyzdB2m#RAFC #ImpsAsOne #ProudToBeImps