“It is not as bad as some of the kit designs that have been produced in the past few years.” 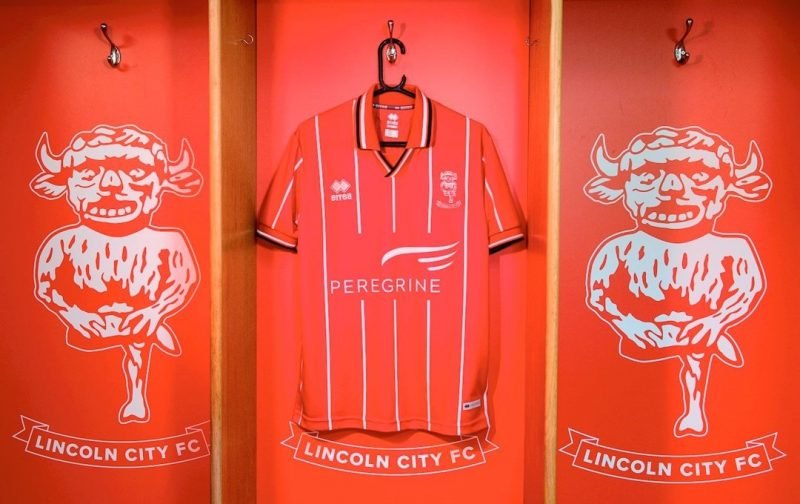 It is that time of the year again. The new home kit is out and people have taken to Social Media and the forum(s) to discuss the design! A few hours ago I asked our members to provide a minimum of 150 words with their views on the kit.

Here’s what Casperimp said: “I am more of a traditionalist and prefer a broader white stripe so that it is a genuine red and white striped shirt rather than pinstripes. However, I understand in these modern commercial days that shirt sales are an important income stream for the club, even more so during the current climate and there are only so many combinations and variations of a red and white striped shirt you can produce.

The new shirt does broadly speaking keep with red and white stripes and this is important as these are our traditional colours the quarter shirts of the 2000 season and the quasi Arsenal looking shirt of the early ’70s were in my opinion just not Lincoln City shirts.

Now I have had time to reflect on the new design it is not as bad as some of the kit designs that have been produced in the past few years however for me there is still too much red this will be especially noticeable from a distance.

I will still buy this shirt as it is important to support the club in the best way we can and I will still wear it with pride to matches when we as fans are allowed to return. However, my hope is that next season we can have a traditional Lincoln City shirt with evenly spaced red and white stripes that run down the front and the back of the shirt.”

"It is not as bad as some of the kit designs that have been produced in the past few years." - Do You Agree? 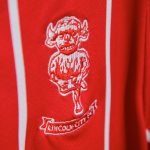 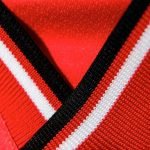 Gratzimp: “As the blurb for the shirt said “Inspired by our past”, it is so reminiscent of the “pinstripe” shirt back in the days of Shipley and Cockerill. That was a shirt that had thinner white stripes than this effort, but I still bought one as it was “different”. I too prefer bolder white stripes, as it is red and white stripes that define us as Lincoln City, rather than Red stripes and white strips. What would have been REALLY nice is if somehow they could have incorporated the cathedral into the strip as a kind of “watermark”, but that may have been too difficult. The good thing about the shirt is it “flows” nicely, logo, sponsor and stripes all combine nicely, instead of a sponsors logo, that looks like it was put on as an afterthought. 7/10 for effort!”

kickingimp: “At first impression, it is OK, its a deviation from the equal stripes which to epitomise Lincoln City (think the 2002 Play-Off shirt). This doesn’t mean I don’t like it, I mean its no quartered shirt, or badly coloured in one from the Buckley years or even the tractor stipes from the League Two winning season.

After taking several second looks at it, there are some real positives, I have always been a fan of a collar on a shirt and the three stripe variant is a nice detail.

The real positive for me is that it looks like the shirt has been designed to work with the logo and the transition between is subtly very well done and is a far cry from some of the monstrous stick on colour clashes we have endured in the past.

I like the link between the design and the kit Michael used to wear when he was with us as a player, these little details reiterate the thought that the current club management structure put into most things they do.

I think the only way this shirt will go from being an OK shirt to being a classic is if Michael Appleton puts the right people in it and gives us the memories to remember this shirt in the future.

Over to you Micahel.”

"It is not as bad as some of the kit designs that have been produced in the past few years."https://t.co/jaCEFFykDY#ImpsAsOne #ProudToBeImps pic.twitter.com/gsDrK4KUNi

"It is not as bad as some of the kit designs that have been produced in the past few years."…