“It felt like a proper game between two proper sides.” 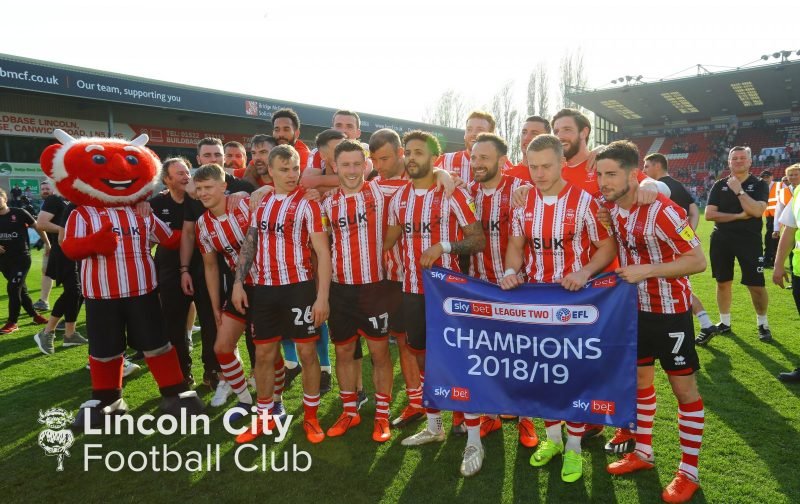 Views from Luke Imp following yesterday’s 0-0 draw at home against Tranmere Rovers in Sky Bet League Two: “Makes you realise the depth we’ve had since January, which has in part got us over the line. Bolger for Shackell, O’Connor for Pett and Rowe for Anderson aren’t too shabby a changes to make, and then to bring McCartan on as well. No surprise Rhead started because if we haven’t won for a couple of games he usually comes back in, generally helps Akinde out and helps us pin teams in.

I thought there was a massive gulf between the teams for the first 45 minutes. Tranmere didn’t get anywhere near us and whilst we didn’t pepper their goal, O’Connor’s got to score his one-on-one early doors and both Rowe and Andrade were half a yard from getting in between the CB’s and FB’s. Tranmere were hitting everything long and the majority of the time it was over hit and going straight through. We were pressing and winning the balls back brilliantly and kept the ball moving wide.

Second half was more even of the back of a double change at HT from Mellon, but we still created the two clearest chances – Rhead off the line and O’Hara late on. Tranmere’s two decent chances – wide at the far post early in the second half and Norwood on his weak foot (did he slip as he shot?), were as a result of us playing a silly ball into midfield from CB.

I’m not entirely sure what Mellon was trying to achieve this afternoon. They weren’t overly defensive, but by the same token didn’t go for it either. They seemed to be caught halfway and a, as a result, didn’t really perform. With Tranmere already basically in the PO’s before the game, I thought he’d gamble a bit more, especially with Mansfield and MK dropping points early into the afternoon. That said, Norwood still has that aura about him where he’ll just get in somewhere because of how good his movement is.

Norwood will be a big miss for Tranmere next season if he doesn’t stay. I know that’s stating the obvious given that he’s their top scorer but every time a Tranmere player got the ball, it was ‘hit Norwood’ and everything revolves around him. It doesn’t matter at the minute, but they looked far too reliant on him on that performance.

Great atmosphere, though. Makes a huge difference with an away end full of people who want to help create one. It felt like a proper game between two proper sides, backed by two sets of supporters willing their sides on.”

Who was your Man of The Match v Tranmere Rovers? Vote and comment HERE!

JT_LCFC: “Fantastic achievement and deserved champions. I felt first half we were superb and Tranmere barely got a quick and in truth could have put them out of sight after 20 minutes.

Tranmere came back into the second half and posed a threat, and at times from our own doing. Rhead my also missed a sitter, albeit some excellent defending.

The atmosphere was fantastic throughout and I hope Tranmere have enough energy in the tank to win the playoffs.”

Jaggy Imp: “That was one of the best 0-0s I’ve seen. Both teams really went for it and both missed some absolute sitters too. As usual, some of the refereeing decisions were ludicrous but, hey, who cares now. Must admit that I welled up a little at the end watching that pitch invasion – the outpouring of love for the team and management was something to behold.

I’ve been incredibly lucky fetching up in Lincoln as Chris Moyses took the helm, then the Cowleys. Is it always as good as this supporting City?”

We really deserved to, and should have, won that game! However, I’ll take a draw if it means we win the league.

We dominated the game but struggled with that final ball and finish. That said, I thought Tranmere defended us very well and had some good chances as well. I’m not sure how it finished 0-0 looking back at the chances for both teams!

I thought the whole team played very well, especially considering a lot of them did 60 minutes 10 v 11 only 3 days ago. It’s very tricky to pick out a man of the match but I’ll give it to Bostwick just for that sliding interception to prevent Norwood from going through!

"It felt like a proper game between two proper sides.":https://t.co/6iUKS5eL95#ImpsAsOne #TRFC #SWA