“I’m not saying this style won’t work, but we need to get the right players in.” 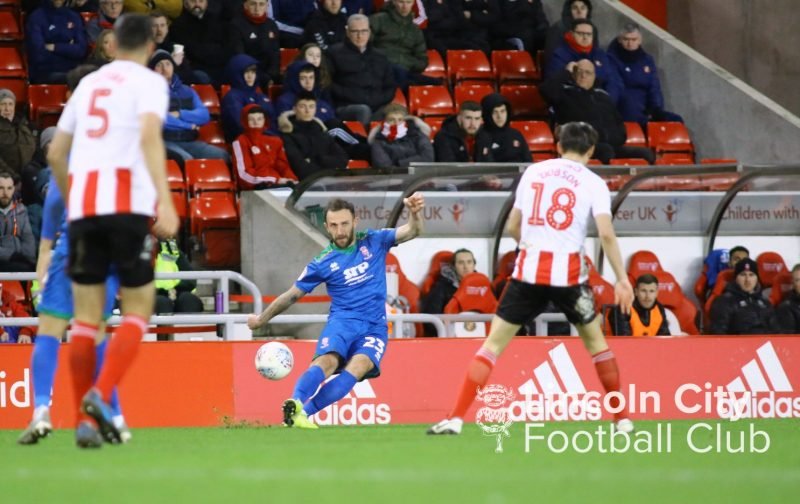 Views from Joseph Lovett following Saturday’s 3-1 defeat away at Sunderland in League One: “Kind of us to gift Sunderland three points on the day we wear our charity kit.

Ultimately the game was over after 30 minutes after a series of woeful defending. At that point, my feelings were what a wasted day. To be honest, I was furious. Thankfully we improved significantly in the second half, but it’s difficult to know how much that was down to Sunderland taking their foot off the gas. Sunderland were the better team, not by much, but deserved the win. You can’t play like we did in the first 30 minutes and expect anything from the game. I appreciate that Appleton wants to play out from the back, however, we don’t have the personnel. How many more games are we going to throw away a goal? I’m not saying this style won’t work, but we need to get the right players in (which won’t be easy!)

Pretty pleased with the second-half performance. Had Akinde scored his good chance early on, it could have been very different. Unfortunately, the players were running on empty when we did score. From about 75 minutes onwards Sunderland were comfortable. They created little but didn’t need to. What I would say is, there were a lot of simple mistakes today like miss placed passes and a lot of poorly hit shots. Also, very disappointed with the atmosphere. Expected a lot from the home fans, but they were very quiet, half of them left before the final Whistle!

So continues our shambolic away form, but as long as we get points at home we’ll be fine.”

johnolbe: “Well that first half was a fair summary of our away games this season. Lethargic, slow and no intensity or desire to impose ourselves on the game, sit back in the hope of soaking up any pressure and hope to nick a breakaway goal. Vickers as nervous as hell with the ball at his feet and too many lightweights being easily brushed off the ball when the going gets tough (Walker, Hesketh, Payne, Grant).

Appears harsh after 2 great home wins but this performance has been typical of a lot of our away games this season but with the added negative bonus of shocking defending, at least we usually make teams work a little bit to score against us but today was a Sunday League Kamikaze masterclass in self-destruction.”

Disappointed we changed a winning team and a settled team but MA is the manager for a reason and those who didn’t make a mistake didn’t make anything.

Poor defensively for about 15 minutes and finds ourselves 3-0 down.

Much better second half and JA had a good strong half.

Looking at the game aside from our shocking mistakes, there wasn’t a huge amount between the teams which is why we were both just below mid-table.

This is still a transition with a team who, for some players, doesn’t have the full range of skills needed to play the MA way and we will see some faces leave SB at some point sooner or later. And will be replaced with younger, fitter, faster, more skilful players- with the emphasis on younger.

Bit of a day out though- we haven’t seen the Imps play a league game in front of 30k+ since March 1960 (against Villa) so it was a day to remember nonetheless for almost everyone unless they were there in 1960!

However, Imps aside, the highlight of my day has been reading the Posh forum where fans are complaining about the number of toilets in the away end at Turf Moor. Made me laugh for a good few minutes (for anyone who has been in the North stand away end at London road).”

kettrin imp: “I’m not going to say much about the match because it’s all been said. 10 minutes of Keystone Cops defending cost us the match. What was poignant for me was when I was travelling on the Tyne and Wear Metro from Newcastle to Sunderland it stopped at Gateshead Stadium station. The last time I was here was the famous win on Easter Monday 2017. Never in my wildest dreams did I think that we would be playing Sunderland in a league match in less than 3 years. It puts the defeat into perspective for me.”

"I'm not saying this style won't work, but we need to get the right players in."https://t.co/Nl5HYka8fM#SAFC #ImpsAsOne #ProudToBeImps