“I’m not a big fan of Siewert, to be honest. I don’t think he’s changed much since Wagner left.” 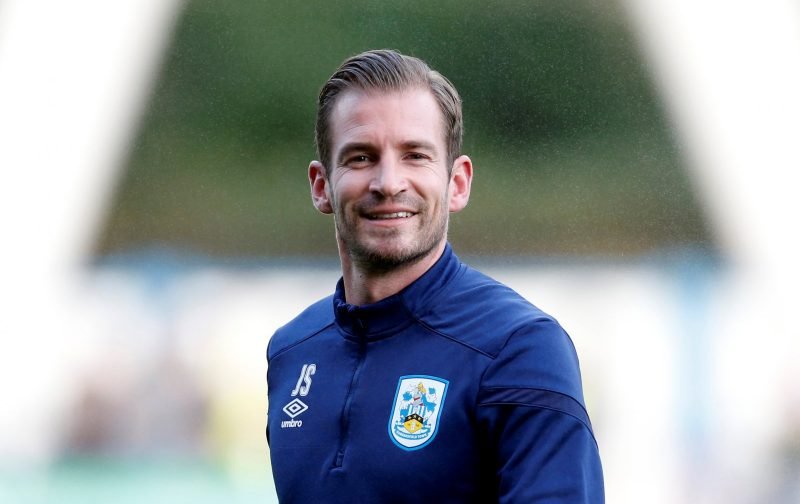 I think it is safe to say that the last two matches away at Huddersfield Town have been just a bit controversial! In the second leg of the 2003/04 Play-Offs, Jame McCombe was adjudged to have fouled Andy Booth in the penalty area. Danny Schofield scored from the resulting penalty, sending The Terriers to the Play-Off Final at Cardiff with a 4-3 aggregate scoreline.

The worst decision, though, came during the regular season when George Cain allowed a goal from Pawel Abbott to stand, despite being a very, very long way offside, having overruled his flagging linesman. This decision resulted in the winning goal, with the scoreline finishing 2-1 to the home side.

Anyway, ahead of tonight’s match against them in the First Round of the Carabao Cup, we have done a Q&A with two of their supporters.

Thank you to Stanley and Thomas for answering our questions! They have been published on two pages. To get to the second set of answers, click HERE.

First up, the answers provided by Stanley:

How long have you supported Huddersfield Town?

All my life so 16 years now and will be for the rest of my life!

Rock bottom of the Premier League in 20th.

I’m not a big fan of Siewert, to be honest. I don’t think he’s changed much since Wagner left and poor recruitment over the summer.

Was hoping for play-offs but after seeing the team, these first two games it doesn’t seem likely.

Bacuna in central midfield has the potential to run the show, he did this at Doncaster in a pre-season friendly however has not managed to continue this form into the league campaign. Can Tuesday be the turning point?

Who do you think will finish in the top six of the Championship?

Who do you think will finish in the bottom three of the Championship?

A strong start to their League campaign could outweigh Huddersfield’s poor start, should be a good game on Tuesday night under the floodlights.

I’d happily bring Jack Payne back to the John Smith’s Stadium, he would bring the creativity that we are lacking in the midfield.

What are your proudest and most embarrassing moments as a Huddersfield Town Supporter?

The proudest moment would have to be Christopher Schindler’s penalty in the 2017 Play-Off Final to secure a Premier League place for Huddersfield.

The most embarrassing moment would be when they released the ‘fake’ kit! That kit was disgusting, thank god it was a prank!

Jonathan Hogg. He is an absolute rock at the base of the midfield. He is often looked over due to the likes of Kongolo and Schindler however without Hogg we would be a lot worse defensively.

Which was your favourite match involving Huddersfield Town?

2017 Play-off Final vs Reading! A fairytale ending to a fairytale season!

Which was your least favourite match involving Huddersfield Town?

2011 League One play-off final vs Peterborough United. Three goals in the last 15 minutes left us on the wrong end of a 3-0 defeat.

Do you have a Former Players Association at Huddersfield Town?

From what I know, we do not currently have a Former Players Association at Huddersfield Town.

What’s the best thing about Huddersfield?

The pubs! There are hundreds of pubs to visit all across Huddersfield and every single one of them will welcome you with open arms!

Was George Cain a cheat?

Who do you consider to be your clubs cult hero and why?

Andy Booth without a doubt! Who doesn’t love a homegrown player? He came back after going to Sheffield Wednesday and, even with dodgy knees, he gave 110% every week. He has gone on to work as the club’s ambassador and has raised over £1 million for the Yorkshire Air Ambulance charity. We’ve still got a chant for him also!

What do you think of the Paddy Power sponsor games, beauty queen sash to no name in a few weeks?

A work of art in my opinion! At first, I was disgusted by the kit, however, it got Huddersfield Town trending on Twitter and even on the 10 o’clock news! In addition, the ‘fake’ shirts that were worn at Rochdale were sold on eBay and raised around £30,000 for local charities! However, the FA are now trying to fine the club which isn’t useful!

Recommendations. Magic Rock, The Sportsman, The Kings Head or the Head of Steam?

The Yorkshire Rose on Leeds Road is nice and the atmosphere before a game is great. The Rope Walk is good and is just outside the stadium which is handy.

Peter Jackson – legend! Won us the play-offs, any manager that could do that is a legend in my eyes.

Is Aaron Mooy signing a new deal then going out on loan an attempt to stay at Huddersfield but not play in the Championship? Would you prefer someone who actually wanted to help the club back into the Premier League?

Aaron Mooy has signed a new three-year deal with Huddersfield before going out on loan to Brighton on deadline day and personally, I think this is a cracking bit of business. If Mooy was to excel in the Premier League this season, his value would rocket up, this means Huddersfield would get more money for his sale. If he doesn’t perform, he simply comes back to Huddersfield and slots back into his central midfield spot as if he never left.

How was the fairytale in the top tier? Did you miss players being able to put a tackle in without a 5-minute delay because a player hairdo may have been put out of place?

We, as a squad and club, were way out of our depth! We didn’t have the financial stability to stay in that league for a long period of time! I believe the first season we stayed up because we were the underdogs! Teams overlooked us, that didn’t happen in the second season hence our relegation. However, seeing the likes of Mo Salah or Kevin De Bruyne or Paul Pogba playing with your own eyes every other weekend is a special memory I shall never forget.

Is Andy Booth involved in the Club?

Andy Booth is currently involved in the club as the club’s ambassador and has done a lot of charity work with the club in order to raise funds for local charities.

Speaking of which, has he admitted diving, in the PO second leg?

If only VAR had been around back then!

Page Two: Click here for the second set of answers!

"I'm not a big fan of Siewert, to be honest. I don't think he's changed much since Wagner left."https://t.co/mPmbxlj5Ko#HTAFC #ImpsAsOne #ProudToBeImps