“I thought we would stay up and consolidate.” 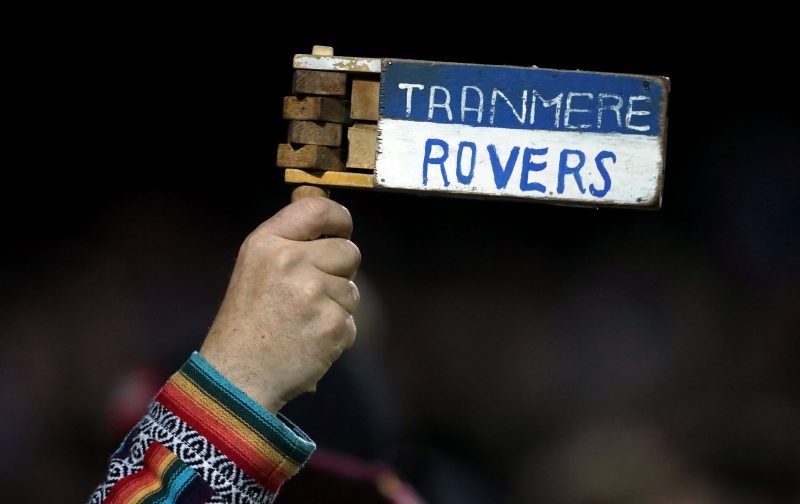 When The Imps met today’s opponents Tranmere Rovers earlier on in the season at Prenton Park, in front of a crowd of 5,467, City returned to Lincoln empty-handed. Tranmere won 1-0 that night, with James Norwood scoring the only goal of the match in the 61st minute. Norwood also got sent off in the 3rd minute of stoppage time in the second half, following a second bookable offence.

Time for the Q&A! Thank you to Tranmere Rovers supporter Matt for answering our questions!

I would like to say all my life but I supported Manchester United until I went to my first game in the League Cup against Preston North End. I think we won 4-2 and Jason Koumas was mesmerising. I found my football love after that!

We went up through the playoffs. By far the most important day in our recent history!

The best. Suits Rovers and we suit him! He has taken teams up from League Two before and I think he may do it again with us. Bleeds Rovers.

I thought we would stay up and consolidate. However, I knew we would be strong. Expectations have been made however I think we could push on.

Norwood! A lot of our team got us promotion last year but Norwood, what a player!

Who do you think will finish in the top 7?

I think a lot depends on this weekend. I hope Bury don’t go up, they don’t deserve it after their money issues. Forest Green Rovers are our bogey team and in my eyes, not a real team (they take about 25 away).

Who do you think will finish in the bottom 2?

Macclesfield Town and Notts County. So disappointing to see County going down. Especially seeing money clubs like Salford replacing them.

Lincoln is a club very close to my heart. I live in Metheringham and their success is linked to the success of the city. I also have a lot of LCFC friends. I’m really happy for you guys. It won’t last forever though, you guys need to adapt to that, when things don’t go your way. Well done Lincoln. #UTI. (except against the SWA).

We have more to play for! We want to spoil your party, 0-2. Norwood brace.

The only team with a 100% record at Highbury.

If we don’t go up, Matt Rhead! He would be great with Norwood (providing he stays).

Proudest is the playoffs last year. We did it the Tranmere way.

Most embarrassing, in the dark days, we were up for sale on eBay!!

They are the heart of the club and even have a place on the board!! Since they become involved with the club, it has been so much more engaging with our fans.

We got beat!! Tranmere v Hartlepool United 2nd leg. I went the first leg away and we got beat 2-0. The second leg was incredible with a David Beresford last min equalizer. We got beat on penalties but we all had such a range of emotions.

Plymouth away. Our chairman, the great Mark Palios was holding a Bible prior to the game. We lost and we lost our Football League status.

We do, I don’t know too much about them but what I have seen it gets the old boys back. We do have the legend that is Dave Higgins doing our radio commentary. He is not Bias at all!

It is wonderful. You only get Birkenhead if you’re from Birkenhead. The Wirral is a lovely place, has a lot to rival Lincolnshire.

Should Micky Mellon have been the manager of the year?

No, the Cowleys should. Micky has and is doing an unbelievable job but the Cowleys have and still are creating a revolution with a club that was just getting over 2000 at home a few years ago.

Who are your main rivals?

Was your great run, following McNulty’s injury, a coincidence? And how is Norwood’s groin?

No! Norwood isn’t injured. It was all mind games!

"I thought we would stay up and consolidate.":https://t.co/WPXctepSFr#ImpsAsOne #TRFC #SWA