“I have absolute faith in him. He made an instant, impressive impact when joining on 1 February.” 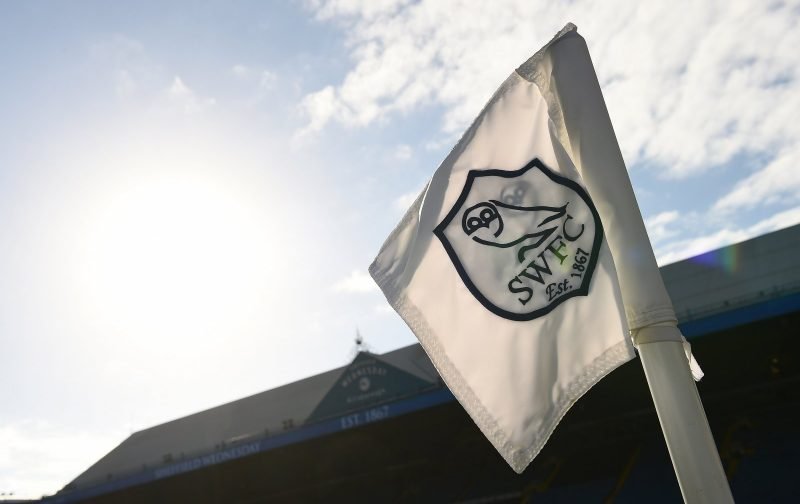 The last time The Imps played Sky Bet Championship side Sheffield Wednesday was in a pre-season friendly before the start of last season. Fernando Forestieri scored in the second half to secure a 1-0 win for The Owls, in front of a crowd of 5,846 at Sincil Bank.

This was a match I really wanted to attend because my soon to be brother-in-law supports Sheffield Wednesday, but we were on a family holiday in Cornwall when the two sides met the last pre-season. Although it doesn’t really mean anything because it is only a pre-season friendly, it would be nice to beat them!

Heading into this friendly, both sides have a 100% win record in pre-season, with The Imps beating Lincoln United 4-1, Gainsborough Trinity 3-0 and Leicester City U23s 8-0. The Owls have played one pre-season match so far, beating Shrewsbury Town 2-0 in Portugal.

First up, the answers provided by Peter:

How long have you supported Sheffield Wednesday?

I have absolute faith in him. He made an instant, impressive impact when joining on 1 February. Everything he has spoken of has hit a chord with Wednesday fans. We’re just hoping there isn’t anything in these links with his boyhood club Newcastle. They wouldn’t want an ex-Sunderland boss, would they?!

Can Adam Reach monopolise the Sky Bet Championship Goal of the month contest again?! Otherwise, if his talents can be properly and consistently harnessed, Fernando Forestieri is a real difference maker

Play in the wrong colour stripes lol. Their hospitality in the pre-season game last season has clearly brought us back this season. Enjoyed my visit last summer. Over the last few seasons their rise, or should I say “return”, has been very impressive – much more than their high profile FA Cup run. Done well to keep hold of their manager in that run, unlike Luton in that respect. How far can that rise go?

It’s a pre-season friendly – the importance of the score is the square root of zero. Minus one. But as you’re asking, Wednesday to win 2-0.

Holds a third-tier attendance record that I doubt will ever be beaten, when 49,309 watched Wednesday thrash our lill’ neighbours Sheffield United on Boxing Day 1979, subsequently described as the “Boxing Day Massacre”. No doubt you’ll hear the song about it on Saturday.

Ellis Chapman is a good young prospect who’d develop nicely in our very successful academy and u23 team.

What are your proudest and most embarrassing moments as a Sheffield Wednesday Supporter?

Proudest – beating Manchester United in the 1991 League Cup final – still the last team outside the top tier to win one of the two domestic cups (open to the whole league).

Embarrassing – I wouldn’t use the adjective “embarrassing” to describe the feelings, but obviously the Hillsborough disaster casts a long shadow.

Traditionally that has been Kieron Lee – the most under-rated midfielder in the Championship.

The Supporters groups were heavily involved in representing the views of the supporters when challenging previous disastrous ownership. However, when the saviour Milan Mandaric rescued us from a fate I daren’t even consider, and then subsequently sold us on to an owner who really does seem to have the club in his heart, the need for such groups diminished. Our owner is refreshingly open and consults the supporters at regular fans forums, and is (as far as is possible in business) quite accountable.

Which was your favourite match involving Sheffield Wednesday?

Can I have five spread across 40 years, please?! The aforementioned Boxing Day massacre in 1979, the 1991 League Cup final win against Man Utd, beating our lill’ neighbours Sheffield United at Wembley in the 1993 FA Cup semi-final (Waddle from 30+ yards in the first minute!), the League 1 Playoff final win against Hartlepool in Cardiff in 2005 and more up-to-date the Playoff semi-final first leg win against Brighton on 13 May 2016 – can’t remember an atmosphere in Hillsborough like that night.

Which was your least favourite match involving Sheffield Wednesday?

Wednesday 2-2 Crystal Palace, 2 May 2010 – the relegation Playoff that saw us drop miserably (but deservedly) to the third tier.

Do you have a Former Players Association at Sheffield Wednesday?

Not knowingly. However, the club really does embrace its legacy and former players.

What’s the best thing about Sheffield?

One of the best-kept secrets. To most the country Sheffield is the “grim up north” industrial city but nothing can be further from the truth. It is one of the greenest cities in Europe. Over 2 million trees within the city – more per capita than any other city. One-third of the city is within the Peak District national park and 60% is green space. There are 250 parks, woodlands and gardens, the leafy suburb of Broomhill was labelled the most beautiful in England by the poet John Betjeman.

Wednesday’s child is full of woe?

Yes, but on match day he “works hard for his living”. THAT’S Sheffield.

As Sheffield’s 3rd team (after The Blades and Sheffield FC) do you feel that you are perennial underachievers?

Lol. Do you need me to recite the successes of the clubs? How Sheffield United’s very own “Honours Board” is so bare they actually include Cup semi-final losses (including to us)?! Football is cyclical, our lill’ neighbours are having a good time of it (after the previous 7 years in our shadow). Fair play to them – they’ve earned it recently. But that doesn’t escape the historical position of 4 top division titles, 5-second tier titles, 3 FA Cups, 1 League Cup, compared to our neighbours’ 1 top division title, 1-second tier title, 4 FA Cup wins. Now you’ve gone and triggered me! Bigger, Older, Better!

"I have absolute faith in him. He made an instant, impressive impact when joining on 1 February."https://t.co/WTj87RBFn5#SWFC #SheffieldWednesday #EFL