“I can’t fault his passion but he straddles the line between talking a good game and talking cobblers.” 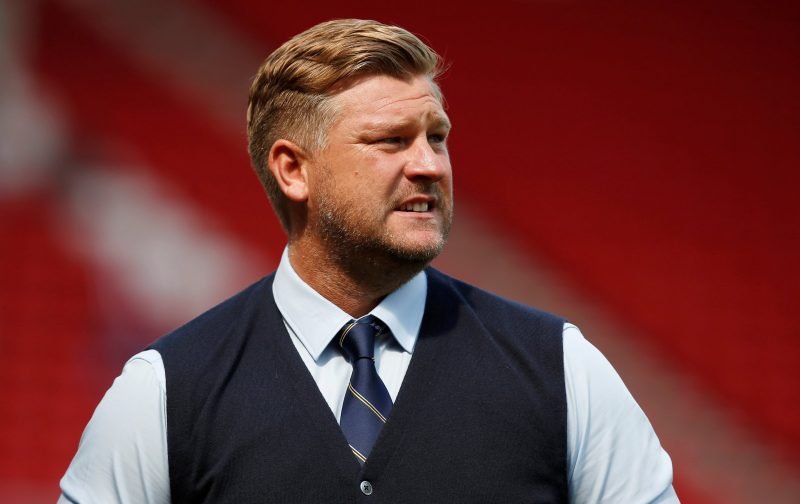 The last time The Imps faced tomorrow’s opponents Oxford United was on Saturday 30th April 2011, in what was by far the worst season I have experienced watching Lincoln City. The match was played in front of a crowd of 7,485 at the Kassam Stadium. Cian Hughton put The Imps ahead in the 5th minute and that is how it remained until the 61st minute when Asa Hall made it 1-1. Tom Craddock scored in the 75th minute to put the hosts ahead and that is how it finished.

The two sides last met at Sincil Bank on Tuesday 1st March 2011, in front of a crowd of just 2,261. The Imps won 3-1 that night, thanks to two own goals. Josh O’Keefe put City ahead in the 5th minute before Steven MacLean made it 1-1, following a fumble by Trevor Carson, just before the break (40′). In the 63rd minute Harry Worley tried to keep Delroy Facey’s effort but the ball ended up in his own net, and in the 67th minute Mustapha Carayol’s cross deflected into the net off Anthony Tonkin.

Time for the Q&A! Thank you to Oxford United supporter Ryan for answering our questions!

Unofficially, since the womb, officially…33 years!

I can’t fault his passion but he straddles the line between talking a good game and talking cobblers. I’d rate his performance at 6/10 so far. The club has backed him in transfers, this is his squad now, so room for improvement.

Who Are The League One Managers? No.14: Karl Robinson (Oxford United)

Ipswich Town, Coventry City, Sunderland, Burton Albion, Blackpool and given what I said two questions ago, us.

The obvious success of the Cowley brothers was admirable and they invested well in the transfer market so should do well, if they can make the right appointment.

One of our board members used to own Inter Milan and played a role in the recent Indonesian elections!

We know Jack Payne well from a previous spell and he can be unplayable on his day, but I’d also take Tyler Walker.

Winning the League Cup in 1986 is a high point for our club, in recent times, getting back in the Football League in 2010.

Most embarrassing would be dropping out in the first place, in 2006 following years of disastrous financial management and decision making.

Again, Cameron Brannagan, but he seems to be taking the spotlight a bit more this season…which usually means he’ll be snapped up by a bigger club shortly.

We do, OxVox, who promote an independent voice on club matters, representing the fans.

The 94th minute Jamie Mackie winner last season, against Bradford, will live long in the memory…but the 2010 return to the league at Wembley would just steal it overall.

Been a few, unfortunately. 0-0 home draws against Woking and such like.

Not that I am aware of.

What’s the best thing about Oxford?

It’s a nice place to live, some nice countryside nearby. Expensive though.

Having made what looked like some good summer signings, Woodburn in particular, are you disappointed with your start to the season or is it as you largely expected?

Disappointed for sure. It’s not quite clicking just yet, despite some promising signs. Looking to hit form sometime soon.

What’re your thoughts on Michael Appleton?

A folk hero at Oxford, and a manager that many fans would have back in a heartbeat. Created a successful team and played a key part in building our reputation for developing young players.

Are you ever getting a fourth side to your ground, or will that need a couple of years in the Championship? Is that a disadvantage to you at home?

We don’t own our ground and have had a long-running battle with our ex-owner to arrange a better ownership deal for the club. With recent boardroom additions, there is hope that we can improve this and either invest in improvements to The Kassam/Breezeblock or, as I think most would prefer, a whole new ground elsewhere in the city.

"I can't fault his passion but he straddles the line between talking a good game and talking cobblers."https://t.co/0XPbUqHnYd#ImpsAsOne #ProudToBeImps #OUFC