“I believe he needs to be given time as it is clear he is attempting to implement a new style of play into the side.” 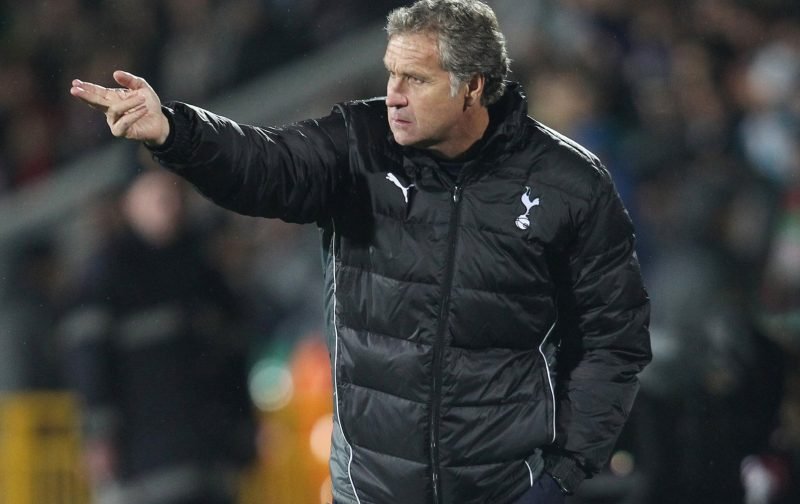 The last time The Imps hosted today’s opponents Southend United was on Saturday 12th March 2011 in front of a crowd of 3,560. The Imps won 2-1 that day, with Ashley Grimes scoring both City goals (38′ & 78′). The Southend United goalscorer that day was Blair Sturrock in the 60th minute.

Earlier on in that season, on Saturday 2nd October 2010, Southend United were the winners at Roots Hall in front of a crowd of 5,154. Their goalscorer that day was Barry Corr.

Anyway, the less said about those matches and in particular, that season, the better, in my honest opinion, so I’ll move on to the Q&A!

Thank you to Southend United supporter Leon for answering our questions!

How long have you supported Southend United?

I attended my first Southend game as a six-year-old. Back in 2007 when we thumped Queens Park Rangers 5-0. I thought I was getting myself into something great!!! Little did I know.

We finished 19th in League One last season. Southend were one of 5 teams fighting for survival on the last game of the season, we were all but down until Stephen Humphrys stepper up in the 87th minute to save our League One status.

The jury is out for some. Personally, although he is very different from our previous managers, I believe he needs to be given time as it is clear he is attempting to implement a new style of play into the side. He came in last season with the aim to keep us up in League One, and he did just that.

Who Are The League One Managers? No.20: Kevin Bond (Southend United)

To be honest, I hope for a steady season in which relegation isn’t too much of a concern. I feel a bottom half finish is realistic, but to not have to fear the drop would be nice after last season’s stresses.

Simon Cox, veteran striker and our top scorer for three successive seasons. Very competent and his ability to drop back and feed the ball from deeper positions makes him a very versatile and useful forward. 17-year-old Charlie Kelman will be full of confidence after a brace in the League Cup on Tuesday. His pace and movement should make him a very tricky customer for the likes of Bolger in defence.

Who do you think will finish in the top six of League One?

In my predictions, I have gone for: Portsmouth, Sunderland, Lincoln City, Ipswich Town, Blackpool and Coventry City.

Who do you think will finish in the bottom four of League One?

Bury and Bolton are most peoples certain choices. Joining them I have predicted Rochdale and AFC Wimbledon.

Very much a club on an upward trend, it seems to have a very good feel and the squad, in my opinion, is absolutely brilliant! I feel the signings of Payne and Grant enables the Imps to add a whole new dimension to their game and can vary between a direct style of play, up to big man Akinde, or down, playing on the deck with the new playmaking midfielders. Also a mention to the Cowley brothers, Essex Boys originally but performed absolute wonders since at Lincoln. I believe the Imps will have a very impressive season.

We haven’t kept a clean sheet since January and I can’t say I’m particularly hopeful. Optimistic me is saying 1-1. But realistically, 3-0 Lincoln.

I always use the 100% record against Manchester United, not many teams can beat that!

Very tricky one. It would have to be between Payne and Andrade. Andrade because of our need for a winger. I have seen that he has great technical ability on the ball and a lot of pace to go with it. Payne because we know what he’s all about here. A player we all very much liked and scored some very big goals for us. We’re also lacking some creativity in the middle and he could resolve that issue with his playmaking skills.

What are your proudest and most embarrassing moments as a Southend United Supporter?

Proudest, probably still our 1-0 win against Man Utd. A top Manchester United team with Cristiano Ronaldo on Roots Hall turf but Freddy Eastwoods blinding free-kick was enough for the win!

Most embarrassing is a slightly harder question, for me, it is probably on Nile Ranger’s release from prison. He still had to wear a tag on his ankle so they could track where we was at what time. A corner came in and Leon Barnett’s shot was zooming wide until it clipped Ranger’s prison tag and went in!

So far would have to be Nathan Ralph. Hasn’t had much attention in our first few games and nobody particularly raves about him, but he’s been brilliant at left-back making little to no mistakes. His crossing ability is superb and he’s very good at stopping crosses into the box.

I know that there is a Shrimpers Trust. They sort some away travel, sponsor some players and help with hospitality.

Which was your favourite match involving Southend United?

The League Two Playoff Final against Wycombe Wanderers. 0-0 at full time and Wycombe take the lead early on in the extra period with an own goal from keeper Daniel Bentley. In the 122nd minute, Joe Pigott steps up and fires us into a penalty shootout, in which we win 7-6.

Which was your least favourite match involving Southend United?

The 3-1 loss against Morecambe was a dagger to the heart of Southend fans that season. As a result, would’ve guaranteed automatic promotion. Over 2000 Shrimpers fans travelled for the loss and it resulted in us having to go through the Playoff process.

Do you have a Former Players Association at Southend United?

There is a Former Players Association and ex-players are invited to Roots Hall for games and brought out onto the pitch beforehand. Is a nice touch.

What’s the best thing about Southend?

The place itself, being by the sea, if that’s what you want to call it. A ground which is about 20-minute walk from a beach isn’t very common in football these days.

What happened in the finish with the sale of Roots Hall? Are you moving to a new ground?

Nobody ever really knows what is happening with the stadium as it has been in the pipeline for years and years but never materialised.

There has been no solid progress on it so far and flyers were handed out at games last year to sign for planning permissions on the area, so there must be a hold up somewhere!

Kevin Bond kept Southend up, but do you see him staying there long-term?

Personally, I don’t and many others agree. Being proved wrong would be very welcome though! We had a history of having managers for a long time, 3 managers in 11 years by the time we sacked Phil Brown. But since then we have had Chris Powell and now Kevin Bond, who is doing a steady job but not an inspiring one.

Southend fans will only ever see Tilson as a legend. Along with Brush, getting our promotion to the championship was probably the greatest achievement in recent history and Tilson will always be adored for that reason.

Why didn’t Alex Woodyard ever make the grade at Southend?

Back in the days of Paul Sturrock, and you have to bear in mind that Alex was a much younger and less developed player at the time. It was mostly a case of unrecognised ability from the management. The fans always felt he had more to offer.

If you were offered Bilel Mohsni back for free, would you take him?

I wouldn’t personally, don’t want to ruin his legendary status!!! We have a lot of experienced older players in the side now he wouldn’t be a massive help.

Southend have had some great strikers over the last 30 years – Richard Cadette, David Crown, Stan Collymore, Freddy Eastwood, to name a few. Will Southend ever field the likes of them again?

Well, Freddy Eastwood’s son (Freddy Eastwood) is making his way through the youth ranks now and we may soon see Freddy Eastwood on the pitch at Roots Hall! I believe we will have sensations like these but they do not come very often.

Thoughts on Theo Robinson? Is he up to the job of terrorising League One defences?

His pace and off the ball work is very impressive! The fans all desperately try to love him but unfortunately he is a very very frustrating striker. On the ball, he has absolutely no composure and his first touch can kill the momentum of an attack. He has scored a few important goals for us since signing and that can’t go unnoticed.

What did you make to the signing of Mark Milligan? Vastly experienced Aussie international, but a little old at 34 in making his debut in English football?

To be honest, he’s been absolutely brilliant! I was slightly concerned when signing that his age in the middle of the park would result in quite a slow midfield which can be easily overrun, but that hasn’t been the case at all. His reading of the game is top class and his passing range is spectacular. We had been crying out for a leader on the pitch and we now have that in Mark. Brilliant and very understated signing.

"I believe he needs to be given time as it is clear he is attempting to implement a new style of play into the side."https://t.co/qu05lQTo5l#ImpsAsOne #ImpsBlues #Blues