“I am not 100% convinced with Lambert still in all honesty, but at the moment it is better.” 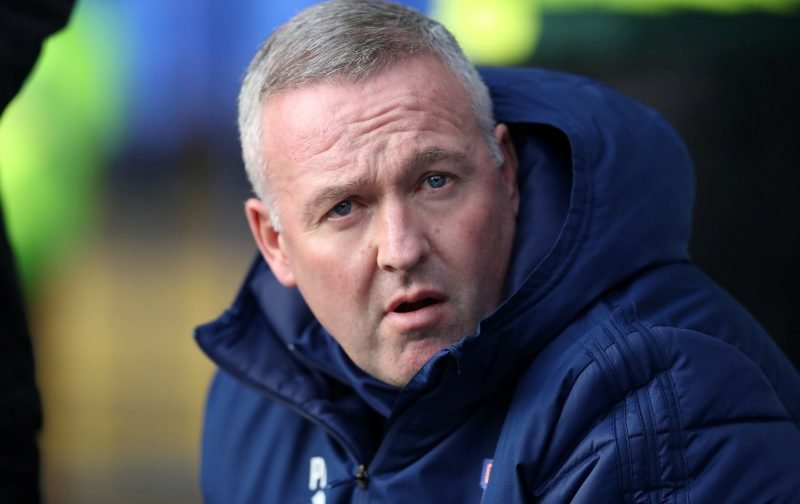 The last time The Imps faced today’s opponents Ipswich Town was on Sunday 29th December 2019 in front of a crowd of 10,012 at Sincil Bank, with James Oldham as the man in the middle.

The Imps won 5-3 that day. Yes, that does say 5-3. Harry Anderson gave City the lead in the 7th minute, thanks to a fantastic layoff from Jake Hesketh, which opened up the Ipswich defence. The visitors made it 1-1 on 32 minutes when Joe Morrell had a foul given against him 25 yards from goal, which allowed Luke Garbutt the opportunity to make it 1-1 and he did just that. I was heading to the bar for a half time drink and the first thing I did when I got to the bar was stand next to the TV so I could watch the remainder of the first half, and I am so pleased I did because I witnessed a superb finish by Tyler Walker to make it 2-1 to City just before the break.

The Tractor Boys were level just before the hour mark when Harry Toffolo was the unfortunate scorer of an own goal following a corner. In the 72nd minute, The Imps were ahead again when Tyler Walker turned in Joe Morrell’s cross from close range. 7 minutes later and it was 4-2 to City, with Joe Morrell getting another assist, this time put away by Michael Bostwick. Will Keane set up a nervy finish to the match when he scored in the 83rd minute, but The Imps hit Town on the break in stoppage time and Jake Hesketh’s goal in the second minute of stoppage time secured all 3 points.

When I woke up that Sunday morning, I certainly didn’t expect us to win 5-3 and even now I have to watch the highlights to believe it, a bit like many things that have happened in the last few years!

First up, the answers provided by Matt:

I’ve been supporting Ipswich since I was a little boy. My first game was in 2001 when I was 3 as my old man tells me, for the life of him he can’t remember what it was though. That amazing season in which we finished 5th in the Premier League. Good times.

Last season we finished rock bottom of the Championship, not so good times.

Paul Lambert has had a funny old season. It started well, we quickly bucked the losing habit and we came flying out the blocks, unbeaten until October. Then we hit a large blip. We weren’t losing all the games but there were some very uninspiring draws and times where some fans wondered where this is going. The 5-3 loss at Sincil Bank was potentially the lowest moment of the season and after that, many fans including me wanted Lambert gone. After that game, there was a lock-in, in the changing room, where the players had a clear the air chat. Since then Lambert has tweaked a few things, most notably stopping his rotation system which was driving most fans mad and stuck with this 3 or 5 at the back system. It has been better, good wins vs Accrington and Tranmere and a positive draw vs Wycombe and Oxford has shown that Lambert is no quitter. I am not 100% convinced with Lambert still in all honesty, but at the moment it is better and I hope this continues and sees us up the top in May.

The hope is for Top 2. I wouldn’t fancy us in the playoffs, pessimism is something I have developed following town. We have the players and budget to be automatically promoted. Failure to go up is a failure in my eyes.

Flynn Downes is Ipswich Town’s best player. A young, combative and classy midfielder. He has stood out like a sore thumb this season with clubs circling, including West Ham and Fulham. He has guaranteed he will be here come May though, which is huge for us. I would put my neck on the line and say that this kid is the best midfielder in the league.

Young centre half Luke Woolfenden is a classy ball-playing centre half, Luke Garbutt has offered good dead balls and goals from different positions and Jackson and Norwood have scored a good amount up top.

Which teams do you think will finish in the bottom three?
AFC Wimbledon, Southend United and Bolton Wanderers.

Lincoln City are a decent club. I like Michael Appleton; think he is a good manager. Been to Sincil Bank twice and lost both times and the stewarding is appalling in my experience, so wasn’t happy with that. Have to say in the home fixture the fans made really good noise and I always respect that, I thought they were brilliant. 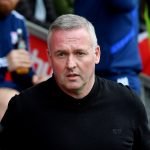 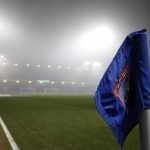 Proudest moment is qualifying for Europe at the end of my first season supporting Town and the subsequent 1-0 win vs Inter Milan.

The worst is the defeat to the Imps in the FA Cup or the 5-1 one loss to basement boys Norwich.

Most underrated is Will Keane. A classy footballer who has started scoring in recent weeks. Brilliant first touch.

We do. They do a bit behind the scenes. Not as much as they used to I don’t think.

The aforementioned Inter game was great but I was very young. I loved the 2006 win against Norwich where Danny Haynes lent us a ‘hand’. Also the 1-0 vs Arsenal in the semi-finals of the League Cup.

I could be here for ages. For me, it was the 1-1 Draw with Norwich in 2017-18 at Carrow Road. We were so close to a win over them that we haven’t had for so long. We thought with a last-minute goal we had done it. But some keystone cops defending ensued and them lot scored in the 96th. That level of ecstasy to depression makes me feel ill even to this day.

We have a brilliant group of legends, that not many clubs can replicate in my opinion. Wark, Beattie, Butcher, Muhren, Thijjsen, Crawford, Mariner, Hunter, Mills etc. We often have them over for games and the link is strong. We are very proud of our history.

I love Ipswich. The waterfront is lovely, I highly recommend it.

Are you sick of us, yet?

4 games vs Lincoln is enough to last me a lifetime. I am sure the feeling is reciprocated.

What is the consensus now on making the play-offs or automatic promotion, do you think it’s still on?

Playoffs and automatic promotion are definitely on. If we can keep this run going, we may start to pull away as teams keep slipping up it seems, maybe we are coming in to form at the right time. I trust the squad is good enough to make it.

Are any of the squad players who played against us in the FA Cup getting a game now you’re struggling?

Many of those players are playing Will Norris is seemingly the new number one. Alan Judge has got his role back (finally). Emyr Huws is back which is great. So many of them are in.

What are your thoughts on James Wilson?

I love James Wilson. You know what you get. He will head it or kick it, no thrills or spills. He has been nothing but solid for us, a fantastic acquisition.

Your view of Lambert getting an improved contract days after conceding 5 goals in a match just after Christmas?

The Contract was mental. I could not believe it when it came out. But it is a statement from Evans. Lambert is his man and he is here to stay, so back him. It was a big play, but Evans trusts him and that is all that really matters. He hasn’t held a job for this period of time in ages, so he is seemingly here to settle.

Could you cope with losing to Lincoln ****** City again?

No way can I cope losing to you lot again. Especially if Tyler Walker scores, he always flipping scores against us.

Should you have kept Mick McCarthy?

I am a big fan of Mick. Top bloke and honest as the day is long, and a good football manager. However, it comes to a time where things have got to change. We were getting worse, fans were going and the football in the most part was diabolical, especially as we were not winning. It is very easy to say we are worse off without him, but that is more because of Hurst and the shambles that followed him. In short, it was right for Mick to go, but I am grateful for his time at ITFC.

"I am not 100% convinced with Lambert still in all honesty, but at the moment it is better."https://t.co/hmlEAznLSp#ITFC #ImpsAsOne #ProudToBeImps