“He shifted up several gears and became a key part in our thrusts forward.” 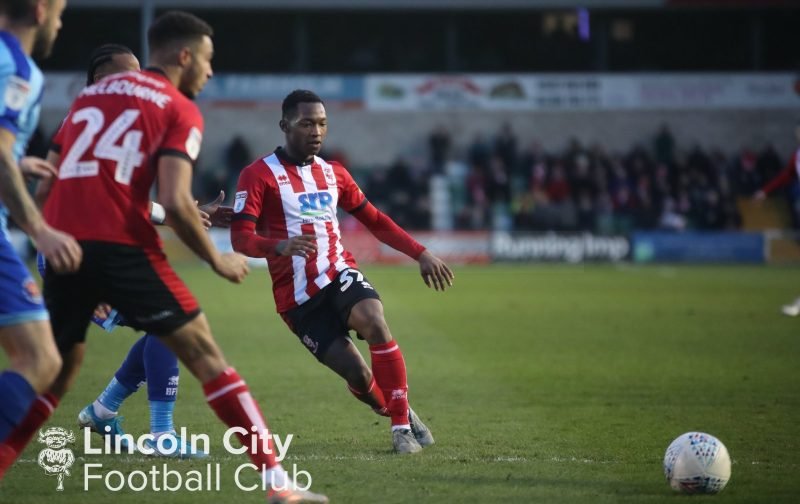 The Vital Lincoln City members’ voted for whom they believe was The Imps Man of The Match in their 1-0 win at home against Blackpool in League One.

Views from syimp: “After a slow start in the first half, whilst he (Edun) got his bearings, he shifted up several gears and became a key part in our thrusts forward. Put in some strong challenges, played some good looking through balls and is not afraid to have a strike at goal. I think we should pay him close attention as the season unfolds.”

sedgleyimp: “Some very solid hardworking performances. Notable work by Bolger Melbourne and Edun. Morrell was his normal brilliance but I’ve gone for John-Jules. When your striker not only scores the winner in a 1-0 win but also makes two successive clearances on the line he stands out. Good stuff.”

plumbob: “Bolger, 2nd game on the spin where’s he’s won practically everything in the air and on the deck. Done all I want from a centre back, head it, kick it or them, and belt it as far from goal as he can when the need arises!

Edun had a very promising hour after a shaky start and the kitten took his goal well. Neither quite matched the ginger Prince though.”

PerthImp: “Agreed everyone had a good game. Reddit to Max Melbourne for an excellent first performance and to John-Jules for taking his first goal so coolly. Overall though I’ve gone for Morrell – just drove the side throughout and was behind a great number of the Imps attacks.”

berksimps: “A real team performance, both sides rode their luck at times. Some good debuts, more mobility. To pick one player is difficult but Bolger gets it from Edun, by a neck.”

"He shifted up several gears and became a key part in our thrusts forward."https://t.co/XPLtTCkl6E#ImpsAsOne #ProudToBeImps #UTMP