“He also seems to be the sort of manager where it’s all about him.” 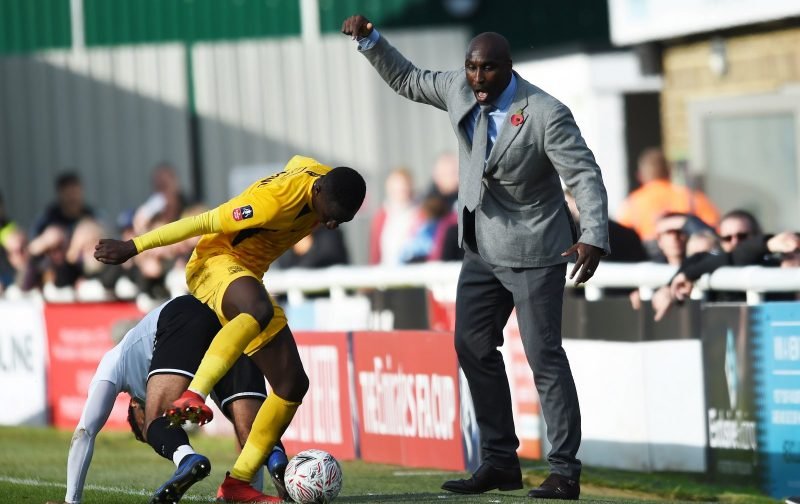 The last time The Imps met tomorrow’s opponents Southend United was on Saturday 17th August at Sincil Bank in front of a crowd of 9,016, with Andy Haines as the man in the middle. City won 4-0 that day, with goals coming from Jason Shackell (31′), Harry Toffolo (40′), Tyler Walker (48′ PEN) and Bruno Andrade (81′).

It was a really comfortable victory that day, but that is certainly not something I am expecting tomorrow. Tomorrow will be tough and we need to get behind the team and not get on the back of any of the players, especially the new signings.

Time for the Q&A. Thank you to Southend United supporter Rylee for answering our questions!

How long have you supported Southend United?

I’ve been supporting Southend since 2014 when I was 12 and have followed them since then, going home and away for the past 3 years.

Last season we finished 19th, thanks to an 87th-minute winner from Stephen Humphrys against Sunderland which kept us in the league. It was an agonising season and one I was glad to see the end of!

I think it’s hard to judge Sol at the moment. He joined us on the same day we lost 7-1 at home which showed the colossal task he has this season. There has been some improvement in the results department, but he also seems to be the sort of manager where it’s all about him. Time will tell if Sol is the right man.

To win a game! We’ve won twice this season, and once in the past 4 months. I don’t know how we managed it but we’ve somehow managed to make the worst side in the top 5 divisions weaker. We’ve let 7 players leave this month, with more rumoured to follow and we’re yet to make a signing. We’ll be relying on our youth players massively.

Honestly, I’m not sure we have one. If we did have one to watch it would probably be our young right-back Elvis Bwomono. He’s won player of the month for the past 5 months in a row and is attracting interest from Championship sides. Charlie Kelman is also one to look out for. The youngster is our top goal scorer.

Rotherham, Ipswich, Coventry, Peterborough, Sunderland and Doncaster. I think Wycombe have fun their course and will slowly drop down the table.

I think we (Southend) will finish rock bottom. Next, I think it’ll be Bolton and Tranmere. Tranmere were awful when I saw them and had we been a better team, probably would’ve won!

I’ve always had respect for Lincoln. The Cowleys did a great job when at the club. When I went to Sincil Bank in August I had a great time, despite the scoreline. The locals were welcoming as well which improved the day.

On a good day, we might be able to sneak a draw. However, the cynic in me would probably say Lincoln 3-1.

Will The Imps win, lose or draw against Southend United? 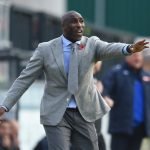 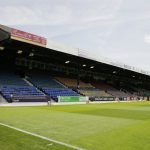 We’re the only club to have a 100% win record vs Sir Alex Ferguson’s Manchester United.

Jack Payne. He played for us when he started his career and was probably the most technically gifted player we’ve had in a long time. I’d take him back in a heartbeat.

What are your proudest and most embarrassing moments as a Southend United Supporter?

My two proudest moments as a Southend fan were winning promotion at Wembley in 2015. We equalised in the 122nd minute and then went on to win via penalties. The next was staying up on the last day of last season against the biggest club in the league. It showed nerves of steel.

My most embarrassing moment as a Southend fan was losing 7-1 to Doncaster. We had 9 men and were completely helpless. It was the longest 90 minutes of my life.

Isaac Hutchinson. He’s only 19 and gets a lot of unjustified abuse from our fans. I think he’s personally a good player and always get praise from opposition fans.

We do, it’s called The Shrimpers Trust. They do a lot for the club and give the fans a voice. They also do a lot for local charities including walking to local grounds when we’re playing them away- such as Charlton and Gillingham.

Which was your favourite match involving Southend United?

There’s has been a wide range of games I’ve enjoyed following Southend. Apart from the obvious ones it would probably be Walsall at home a few seasons ago. We were on the chase for a playoff position and our former player scored two against us. With a second-half comeback and a free kick in the last 10 minutes of the game, we won 3-2.

Which was your least favourite match involving Southend United?

Dover in the FA Cup this season. It was the first time I had seen the entire away end turn against the players, after being embarrassed live on TV.

Do you have a Former Players Association at Southend United?

We do. It’s called SUEPA. It has just over 200 members and is growing rapidly.

What’s the best thing about Southend?

The train station out of it! In all seriousness, probably the seafront. On a sunny day, it can attract thousands.

Have your struggles this season been a surprise or is it something you expected based upon recent seasons?

Whilst a lot of our fans have been surprised, for me, it’s been coming. The heroics of last season’s finale V Sunderland papered over the cracks and we didn’t do enough on or off the pitch to change course.

Sol Campbell, is he all that?

Like I said earlier, it’s too early to tell. His Instagram posts seem to give clues about the state of the club which are sometimes weird. He also seems to distance himself from the ownership and players as if he is entirely faultless. I’ll judge him when he has his own players.

Messiah. We had some of our best times as a club under Tilly and will always be welcome back from the majority of our fans. He was rumoured to be on the shortlist to replace Kevin Bond, though it would’ve been as Adam Barrett’s assistant.

Have any plans to move from Roots Hall now been kicked into the long grass?

Our owner still clings on to the dream of a new stadium, which he says will make us debt-free. Talk is cheap though and I think you’ll struggle to find a fan who truly believes we will move from Roots Hall in the near future.

Lincoln has had both Barons & Knights charity sculpture trails, with Imps coming this summer. Southend is hosting 30 Hares, raising funds for Havens Hospices. Are the club or fans groups likely to sponsor one?

Whilst I haven’t heard of that particular movement, the club and fan groups do achieve a lot for charity. As someone who has organised my own charity events, the club are great and give a lot of support.

What did you think of Phil brown?

Love him. He demanded respect and 9/10 he got it. We played our best football under Browny, but it could be argued our current demise started with him. He stuck by Nile Ranger when he shouldn’t have and also caused a lot of arguments amongst players.

Should League One football be sustainable for the club? How bad are the finances? If they get worse, where on the EFL leniency scale will you be closer to Bolton or Macclesfield?

I don’t think any league would make us sustainable. We’re losing money every week and have had to release a lot of the big players to shave money off the wage bill. Last month, our players weren’t paid on time and we have been referred by the EFL to a disciplinary board. I’m fearful for my club’s future off the pitch.

"He also seems to be the sort of manager where it's all about him."https://t.co/x7K85DdOIS#Blues #ImpsAsOne #ProudToBeImps