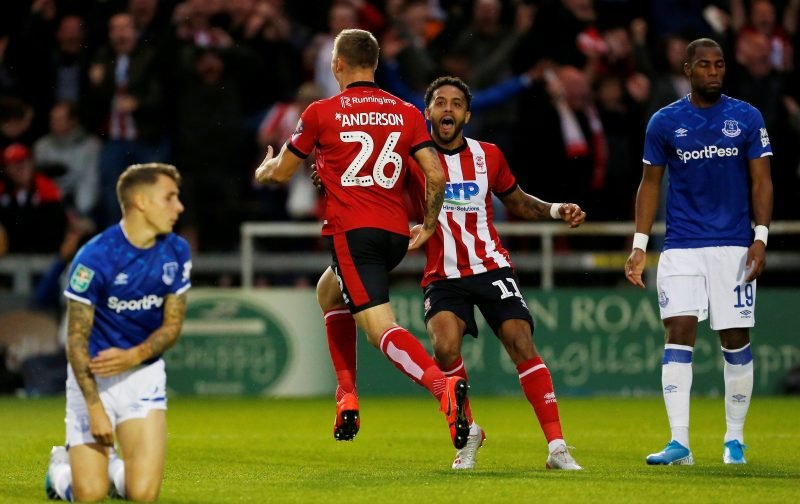 Football has an inherent tendency to overuse the word ‘legend’. That may be due in part to the restricted vocabulary of the game, but also to the general misuse of the word in younger social circles. Stanley Matthews is commonly held to be a legend within the context of English football, yet certain individuals are rated a legend for vomiting copiously into a fountain in Ibiza after a night of brainlessness with their asinine mates. The moral of this little story is that we must approach any such discussion with caution.

Within football’s context, every club seems to have its own list of legends. Some may operate formal halls of fame while others use the term more loosely to describe good servants to their club. Quite what constitutes a football club legend is very hard to determine, and as we have discussed several times on Vital Lincoln City, it is essentially a pointless exercise. Unless we have a supporter currently approaching their 150th birthday, it is impossible to have seen every player to have pulled on the red and white for Lincoln. Comparisons between players are further complicated by changing rules and styles of play, by fluid cultural mores and a host of other variables. Perhaps it is better simply to assess a player’s contribution to their club, rather than attach a label carrying a debateable meaning.

Harry Anderson signed for National League Lincoln City on loan from Peterborough on 16 August 2016. City had finished in the bottom half of the division for the previous five successive seasons and despite optimism surrounding the appointment of the Cowleys, no one could have foreseen what was about to happen. Harry was nineteen at the time but impressed immediately with his strength and running as the Imps shook the football world. A knee operation ended his first spell at Sincil Bank, but he returned for a second loan spell in March 2017 to help the Imps over the line and back to the Football League. No one will ever forget his two vital goals from the bench in successive games against Chester and Torquay in April, goals which helped to cement his popularity with the supporters. To win a league title and be part of the first non-league team to reach the quarter-finals of the FA Cup in 103 years is the stuff of dreams.

It came as no surprise when Danny Cowley signed him permanently on 20 July 2017, awarding him the club’s first three-year contract since 2010. Harry signed on the same day as his Peterborough colleague Michael Bostwick for a rumoured combined fee of £70,000, and both players would go on to serve the club with distinction. Used partly as an impact sub, Harry featured regularly as the Imps made the League Two play-offs at the first attempt. That journey ended in disappointment at Exeter but not before Harry had helped City to win the EFL Trophy in their first appearance at Wembley. Two medals in two seasons was a fine achievement, but could he make it three? Of course he could, winning a regular place in the starting line-up as the Imps cantered to the League Two title in 2019. So, three medals in three seasons with the club was a brilliant start to his career, and he was still only in his early twenties.

The record books will show that Harry featured less regularly during his two seasons in League One despite clamour from the fans for more. There were highlights of course, including a televised first minute goal against England goalkeeper Jordan Pickford in the League Cup and a final contribution in the League One play-offs. Everyone realised as the season progressed that Harry’s days were increasingly numbered under Michael Appleton, and the reasons for his departure will never really be known. Becoming one of the first COVID victims in the squad could not have helped him compete for a place in the side, and he featured rarely after that. Rumours abound of a contract clause with Peterborough, but reality suggested no more than a place on the bench in the future had he stayed at Sincil Bank. Everything in football moves on, and our last link with the unforgettable 2016-17 season has now left the building.

Considering football’s current obsession with statistics and data of all kinds, Harry’s numbers are impressive for their consistency across three different tiers. His 33 goals are dispersed 6-7-7-7-6 across his five seasons, emphasising how the improvement in his own game was commensurate with the club’s rise up the pyramid. From a disciplinary perspective, Harry was a raw young player when he arrived but managed to return a good record despite today’s robotic card-waving referees and a combative nature. He collected just two yellows during his first season with us, and despite a couple of reds in between, Harry ended his Lincoln City career without receiving a single card for 68 games.

To conclude, Harry Anderson’s 207 appearances place him 54th on Lincoln’s all-time appearance list while his 33 goals place him joint 60th in the scoring records. He is one of only two players in the club’s history (with Matt Rhead) to win three winners’ medals and the only one to play for Lincoln in three different tiers in an upwards direction. Harry also became the second player (after John McGinley) to score for the club in six different competitions: National League, League Two, League Cup, FA Cup, EFL Trophy and League One. Finally, he is the only player in the club’s history to appear in both the League Two and the League One play-offs. Those are outstanding achievements for a player who was just nineteen upon arrival and twenty-four on departure.

Perhaps the biggest compliment we can pay Harry Anderson is that he made his Lincoln City debut in front of 1,399 at Dagenham & Redbridge in the National League and his final appearance in a League One play-off semi-final against mighty Sunderland. In his five seasons, Harry helped the club to travel from somewhere approaching oblivion to a place it had not been for six decades. It is easy to forget that the financial situation at Sincil Bank was still poor at that point despite the recent arrivals of Clive Nates and the Cowleys, yet within eight months Harry Anderson had played a significant role in transforming the club from nowhere to everywhere.

Ultimately, we return to the debate over the definition of a legend: if we must use the term, can we apply it to Harry Anderson? There have been better players for sure, players with glorious histories or fabulous futures. However, Harry’s achievements at Lincoln City are literally second to none because he has achieved things no one else has. He is in the top 60 both for appearances and for goalscoring out of a total of 1,541 players to have appeared for the club. He achieved a degree of popularity with the supporters that not many ever attain, and everyone is sorry to see him go.

Does that sound like a club legend to you?

Thanks for everything Harry, we could not have done it without you.

One Reply to “Harry Anderson Retrospective”