GI: “Vickers made some superb one on one stops” 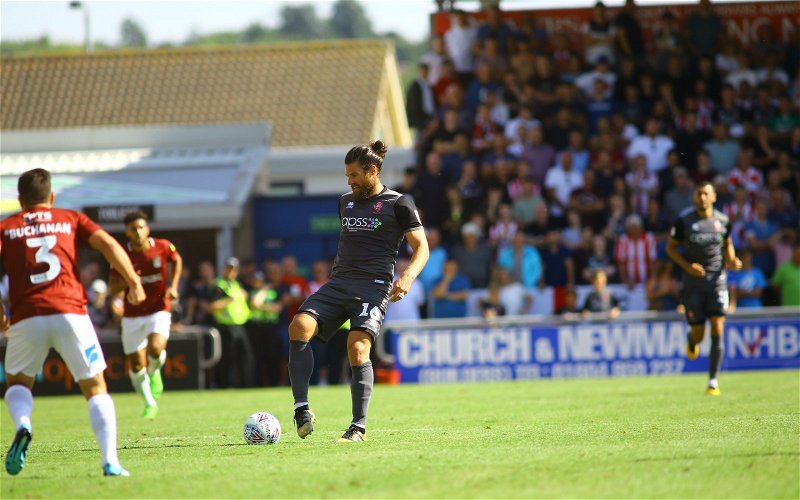 Views from Gaz_Imp after yesterday’s 1-0 victory against Northampton Town in League Two at the PTS Academy Stadium: “Very poor first twenty, the ball got in behind us far too easily and we made some bad decisions with the balk at the back. Didn’t get much better while first half but rallied a little 40-45th minute. Vickers made some superb one on one stops.

Second half we grab a goal, great ball from Eardley and Green could not miss. We then defended much better, Wharton stepping things up in particular. But they then get in at the end again, but once again Vickers did brilliantly.

We need to be much better, and I’m not sure about the formation at all. However, Green, Wharton, Eardley and Bostwick did enough to come out with some credit, and Vickers obviously outstanding. Feel the rest all need to do better, perhaps harsh on McCartan who worked hard, or we need a better system.”

3 at the back didn’t work today, far too many simple balls that got in behind us. We didn’t play much football at all either but we finished the one golden chance we made, created by Eardley’s vision and delivery. Toffolo the only player really bombing forward to support the front 3.

Several players probably deserve to be handing their win bonus over to Josh this evening because he’s won it for us, no question because he made at least 3 one on ones and another fine double save in the first half.

Thought Northampton’s movement was excellent up front but when they went a goal down they reminded me of the Imps in days gone by, they just didn’t really seem to believe they were going to peg us back. Perhaps a result of all the defeats they suffered last year?

3 at the back, almost exclusively route one and a smash and grab 3 points, Keef would be smiling benevolently down from on high saying “That’s my boys…””

GI: "Vickers made some superb one on one stops":https://t.co/N8pWNnEdqI#Northampton #NTFC #ImpsAsOne