“For the first time in a while, I didn’t feel particularly threatened defensively.” 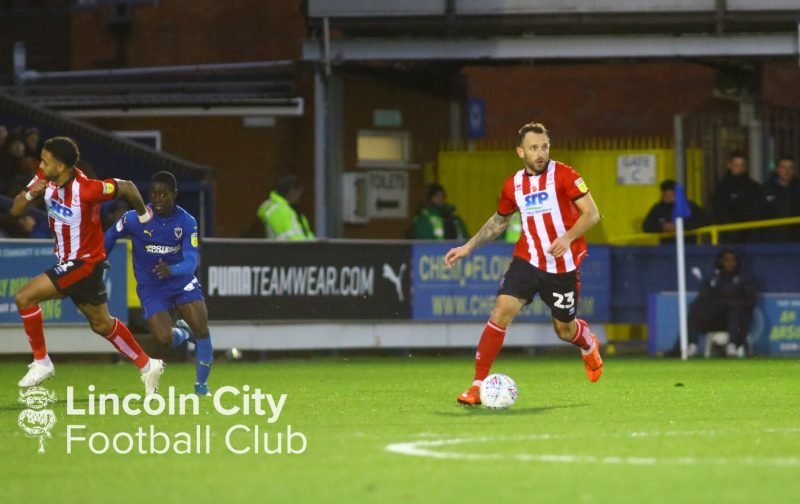 Views from Huntsward following Saturday’s 1-1 draw away at AFC Wimbledon in Sky Bet League One: “That was a bit deflating at the end but overall showed the progression of sorts at the back. For the first time in a while, I didn’t feel particularly threatened defensively and thought we had it under control for 90 minutes. Until the added time.

Vickers pulled off some very good saves to keep us in it, but nothing more than I’d expect at this level. Solid performance and probably my man of the match.

We have been susceptible defensively to the better quality in this division, or as my brother put it more succinctly “We’ve been **** at the back for a lot of games this season.” That said, Wimbledon weren’t that better quality and it was a soft goal to concede with pretty basic defensive errors. Individually with Shacks, Eardley and Toffs, most would say we have a pretty decent backline, but that is currently delivering less than the sum of its parts.

Our goal was a decent effort, nicely worked quickly from back to front with a tidy finish from Payne at the near post. I suspect we’d have faced more resistance from the teams in the top half of the table.

We need to be savvier in our first third, and as I said, I thought we were in the most part. I’ve no doubt that Michael Appleton is addressing the issue and it was generally better.

We could have done with a win, particularly against opposition like today. I hate the cliche the league table doesn’t lie, but there’s no better representation of the truth. We’re still in a massive transitional phase, I can see the incremental improvements in the process and I have full confidence in Michael Appleton delivering what’s required this season”

Merthyr Imp: “Got home 2-3 hours ago and before looking at what anyone else has said a few thoughts from me.

Once again we’ve deserved to win but haven’t. Could have been 3-0 up at half time and when we hit the post it began to look as if yet again we were never going to score, but thankfully Jack Payne got the goal.

Fewer chances in the second half, and to something of an extent it was like the reverse of the game at Rochdale.

In the added time it was a pity we couldn’t try and hold onto the ball downfield and see the game out – perhaps if Andrade had headed for the corner flag a couple of minutes before instead of trying to beat the whole defence…although I’m not blaming him for the goal.

Still, I just hope we keep playing like we did today and the lack of wins doesn’t start to affect the players’ confidence.”

Luke Imp: “I’m a little reluctant to look too much into conceding late goals at the minute for no other reason than we’ve seen the improvement in sides as we’ve tried to soak up pressure.

NL – Easy, no-one was good enough (did we even concede many late winners or equalisers when sitting back?)

L2 – Defended entries into the box pretty well but players could ping one in from 25 yards (Stevenage, Vale…)

L1 – We haven’t conceded that many late goals at the minute anyway but with the bigger jump in attacking players, you’re liable to be conceding from the two types of goals at Posh (edge of the box and individual quality) or Doncaster (a quick break, admittedly due to us losing the ball). L1 attackers will find a way. I don’t think it’s as simple as just sitting back in this league. Teams seem to build-up ahead of steam much quicker and more intensely.

I’ve not seen as many games as others under MA I suspect, but it feels like you can see what he’s trying to do. There seems a plan. We haven’t always been able to say that about previous managers.

Gut feeling is that MA views 1-0 leads as further chances to counter teams rather than sit back. He’ll know L1 better than us and probably thinks that seeing out games at this level is difficult.

Look at Portsmouth. I think I read they’ve conceded injury time (or late) goals in most of their last 6 or 7 games and dropped points because of sitting back and trying to soak up pressure.”

Casperimp: “What I will say is that I thought we were much the better team on Saturday and I really believe an upturn in results is just around the corner. If that is the standard of teams at the bottom then I am not too worried.

It’s the same old story at the moment of missed chances and the luck not going our way, but it will!

Talking to some Wimbledon fans on the train back into London and they were surprised how good we were and said play like that and you will finish comfortably in mid-table if not above.”

"For the first time in a while, I didn't feel particularly threatened defensively."https://t.co/rurhvO23bv#AFCW #ImpsAsOne #ProudToBeImps