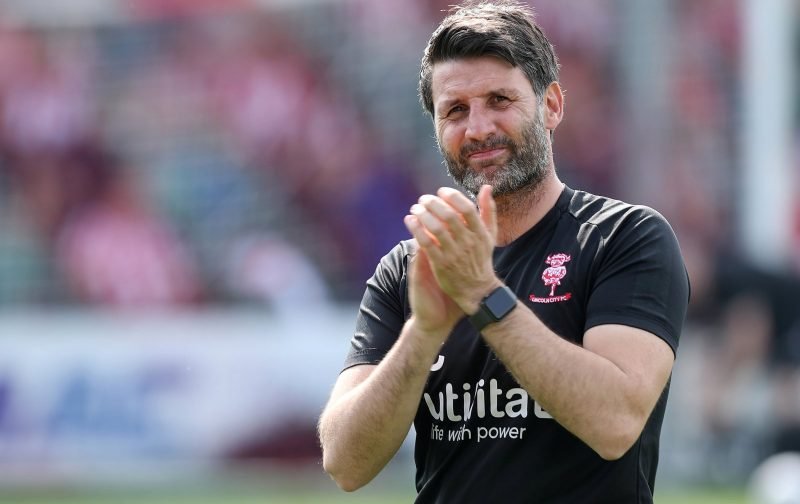 Danny Cowley was weary with but accepted that press speculation about other management jobs, including the vacancies at Sheffield Wednesday and Huddersfield Town, came with the football world, ahead of the weekend game against Wycombe Wanderers.

Sheffield Wednesday job and speculation in general: DC would like to put the speculation behind him to concentrate on the football but with the press and social media, he didn’t think he would be allowed to. He stated that he had dealt with the Huddersfield job previously and had not been contacted by Sheffield Wednesday. DC can’t control what people say but he can control where his focus lies – fully on the Wycombe game. It does frustrate him when people come out with categorical statements when they haven’t a clue or are even close to the truth. DC noted that journalists and radio stations get things so blatantly wrong but that’s football – ‘I guess the higher you go and the more of a profile, more people have an opinion’. DC made the point that whenever there is job speculation there are always 3 parties involved and if it was down to him he would always tell it how it is but it is necessary to tow the party line.

DC was asked how he handled the speculation so far as speaking to his players. He replied with a more generic observation about the impact of social media and how he speaks to the players regularly. For example, there are a group of fans that can be critical of ‘our’ important players; that hurts ‘all’ of us when it happens. Some people call it banter but DC thought banter was meant to be funny. The problem is that most people have extreme opinions good/bad with little in the way of balanced intelligent input forthcoming as (people find) it is boring.

Start to the season: DC felt Imps were ahead of where he anticipated league season-wise but currently is simply counting down the points to safety. It has been a good, consistent start producing a pleasing level of performance. He has been able to utilise the small squad moving them around effectively and has seen the new players settle in really well. When everyone is fit and available DC is hopeful of having a squad capable of successfully tackling the first half of the season. DC returned to the issues of front-loading so many games at the start of the season as that had health implications for the players. It was not beneficial to have so many games at this time of year bearing in mind that numerically the EFL have the largest number of clubs in their divisions. It would be sensible to incorporate some of The EFL/Carabao Cup games into late pre-season having the advantage of spreading the load whilst making those games more competitive and interesting. Having so many games was a driving factor in clubs having big squads which can be problematic in times of financial difficulty as it encourages extra spending. DC is looking forward to not having a midweek game next week as it enables the squad to get out and work on the things that haven’t gone so well and build on the things that have.

Doncaster: DC felt sorry for the fans as they were having to watch their side go up against a well-rested fresh Doncaster (and other sides for that matter) team at the same time as Imps were forced to make changes, also pre-determined substitutions. City had come into the season knowing this would be the case having the small squad and the rest of the football world weren’t interested in excuses. As excuses had never earned DC a point in his life he would stick to doing the best with the players available to him. EFL Cup games were earmarked as the matches in which ideally the senior (over 30’s) players would get a break though particularly in MB’s case that had not been possible this time around with injury and call ups.

Wycombe: DC does have injury concerns over one or two (unnamed) players. Wycombe are an excellent club with an equally excellent well-known manager who is held in high regard by the fans and rightly so. Wycombe have had investment over the summer with GA spending that money well. It is no surprise they are unbeaten. The team are in the image of their manager – fight really hard, determined and go to the end. It is a game which will test the minerals of the players. Wycombe have a terrific group of players that are well balanced featuring pace, power and athleticism. Akinfenwa provides a point of reference to their game that is utilised well. Wycombe happen to have a good goalkeeper in Ryan Alsopp who Danny is looking forward to catching up with.

Young players out on loan: DC is kept well up to date with JAS and AB; the former still trains full time at Lincoln. Their matches are regularly watched by DC or if he is unavailable by e.g. Jez George or Dean West. Additionally, their matches are videoed and clipped for viewing purposes.

Wales players: The call ups for JM and AL are a fantastic achievement for the players with DC wishing them all the best. NC has already received some training clips. That dovetails with correspondence to the Wales sports and medical staff ensuring that Imps are kept up to date with the players’ training loads leading to a smooth transition back to training with Imps after the international fixtures.