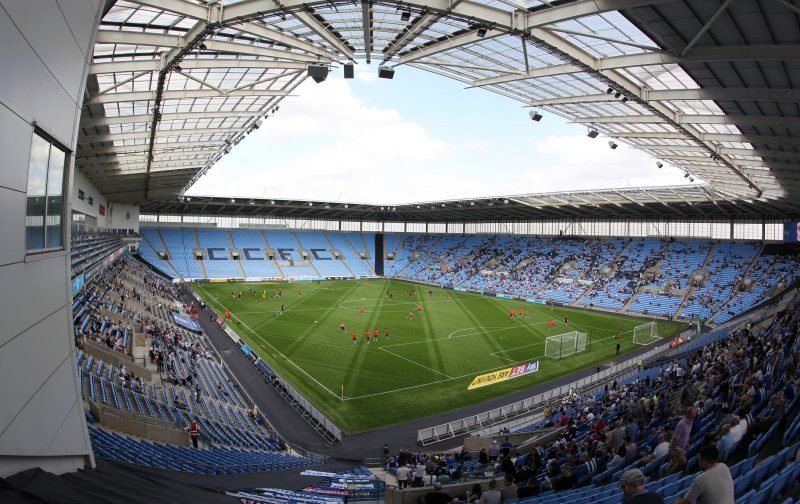 Ahead of tomorrow night’s game against Coventry City, we take a look at the current form of both sides, Scotimp’s views from the Season Preview and past meetings between the two sides.

Coventry City endured contrasting fortunes last season, winning the much-maligned Checkatrade Trophy but suffering relegation to the bottom tier for the first time since 1959 after collecting just 9 league wins. The daily existence of the club continues to be blighted by supporter unrest over its ownership, unsuccessful takeover bids, court battles and doubts over the club’s future at the Ricoh Arena. Plans to build their own ground are still in their initial stages, whilst the presence of Wasps RUFC offers serious competition for support: in 2016-17, the average attendance at Wasps home games was more than double that of the Sky Blues. Other than the unexpected loss of the promising Cian Harries to Swansea, few tears will have been shed over the players departing during the summer. Manager Mark Robins has signed a very experienced midfield trio in Peter Vincenti, Michael Doyle and the ball-boy bashing Liam Kelly, but goals are likely to be a rare beast after a meagre 37 last season. It is 16 years since Coventry were relegated from the Premier League, and a place back in football’s basement was the last thing supporters expected to witness. Now they have finally reached the bottom, they will be hoping to commence their journey back towards the elite immediately, but manager Mark Robins has never won promotion. Only time will tell whether he ends that unenviable record this season, as Coventry would appear to be the classic unknown quantity.