“Considering his reputation, he is doing OK on the pitch.” 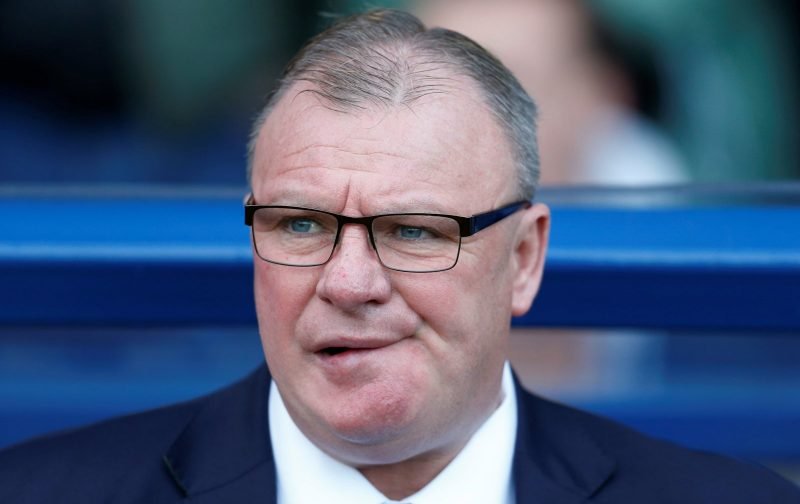 The last time The Imps faced tomorrow’s opponents Gillingham at Priestfield Stadium was on Saturday 21st August 2010 in front of a crowd of 4,838. The Imps won 1-0 that day, with Cian Hughton scoring the only goal of the game in the 9th minute.

If I am honest, I don’t really remember either of those matches or maybe it is a case of I certainly try not to remember anything that happened during that season?

The match I actually first thought of when I started thinking about the Gillingham articles was the 2-1 win at Priestfield Stadium in January 2009. It came to mind because of the stunning Geoff Horsfield goal and the Dany N’Guessan goal in the 90th minute!

First up, the answers provided by Simon:

I first started watching the Gills when I was 10 in the season, we got promoted from old Division 4 to Division 3 under our long term manager Andy Nelson. I remember running on to the pitch to try and get an autograph from our legendary keeper Johnny Simpson.

Somehow, we managed to finish the table in 13th but thankfully there were that many teams worse than us. Annoyingly we had some excellent results like the double over Portsmouth and drawing away at high flying Luton, but we also lost too many games at home.

Considering his reputation, he is doing OK on the pitch. The worry is he brought in a lot of new players and some of which just are not making the squad let alone the team. Whether his fault or not we are missing a quality goal scorer and he should have made that his number one priority after losing Tom Eaves our 20-goal man of last season to Hull when his contract expired.

"Considering his reputation, he is doing OK on the pitch." - Gillingham supporters, do you agree? 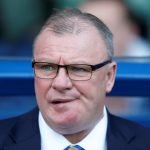 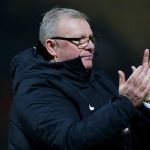 Who Are The League One Managers? No.11: Steve Evans (Gillingham)

The way we are currently playing and without a reliable goalscorer then survival has to be our realistic expectation. But if our almost new squad can gel and either one of our current players find their scoring boots or a less likely a proven scorer comes in In January then top 10 would be good.

Hanlan on his day can be good to watch. Byrne is our pocket midfield dynamo and he is excellent in the air considering his height.

This looks straight forward right now, with Bolton Wanderers and Southend United and one of the Dons but hopefully MK and not AFC.

Punching above your weight right now. Interesting to see if losing your excellent manager Cowley to Huddersfield will stop your progression. The excellent cup run a couple of years ago put you right in the spotlight.

We have shared a few players and managers in the past maybe not so successfully Iffy Onoura and Billy Knott to make just two in my head.

A low scoring 1-0 hopefully to the Gills.

At beginning of 1987/88 season, we won two consecutive home league games by a combined score of 18-1 But by December the manager Keith Peacock was sacked after losing 6-0 away at Aldershot.

Easy John Akinde. We’ve no one who matches his scoring record.

What are your proudest and most embarrassing moments as a Gillingham Supporter?

Proudest – getting to play on the pitch at Priestfield in a football aid match and scoring.

Embarrassing – hearing some of the abuse given to fellow supporters, players and officials BUT this is better than in the past and linked more to their personal incompetence than thankfully any racial aspect which was horrendous back in the 70s and 80s.

Tough one. But in terms of some of our supporters, Byrne and Ehmer are underrated but we don’t have any obvious future stars other than Alfie Jones but he is on loan to us so that does not count. Alfie is playing out of position as a holding midfielder. But he looks like an excellent prospect as a central defender when he started there at the beginning of the season.

No, I don’t think so. There is a supporter’s association still going along but generally, support is currently on a long slow decline due to lack of success, poor quality fayre on the pitch.

Wow, there have been a few but beating Wigan Athletic in the playoff final must be it, coming a year after the sickening loss to Manchester City.

Well has to be the Man City game although we were brilliant for 85 minutes, I was so upset have not brought myself to watch the repeat.

Not that I know of, but we often have old players paraded onto the pitch before games which is always nice to see.

What’s the best thing about Gillingham?

Oh, dear what can I say. I was pretty much born here and lived within sight and sound of the stadium until I was 18. But sadly, I now only come to watch my team.

Steve Evans? Yay or wish Greggs would close in Gillingham so he leaves?

I’m a loyalist and support the team whoever is managing. If he stays it will only be because the team has done well. Don’t expect Steve Evans to be here by end of next season, one way or the other though.

Who would you say is your clubs ultimate cult hero and why?

Sorry, this depends on your age and the era. We have had a few Brian Yeo record goalscorer and Jonny Simpson from the 70s and they both had newsagents in Gillingham after they retired.

Tony Cascarino was brilliant for us and only if he had kept his nerve when one on one with the Everton goalkeeper Neville Southall to put us through to the 5th in the year Everton went on to win the Cup beating Elton John’s Watford.

Lastly, I will go for Andy Thompson our diminutive goal scorer whose diving header in extra time saw us beating Wigan and reaching the Championship for our one and only time but we did stay there 5 Years.

Oh no I forgot Andy Hessenthaler sorry Andy is a legend as player and manager!!!

I was told your fiercest rivalry was with Southend United, a big distance by road but quite close as the crow flies, is this true?

No not at all our rivalry is only with Swindon Town dating back to the 80s and some tough matches and tougher incidents in the tunnel. And sadly, players and supporters alike get abuse whenever their name is mentioned.

Which ‘big’ /London clubs do people in the area traditionally support, particularly now with fast trains to Stratford?

Sadly, all of them lots of folk travel up to watch the teams in London.

Looking back to groundshare by Brighton, seems very ‘left-field’ thinking. Did it benefit the Gills much?

In the long term clearly not but the income was useful back then.

Whose temporary stand will stay the longest – yours or Blackpool’s? Are there actually any plans to develop this end of the stadium, or will a new ground ever materialise?

There will never be a permanent new stand at Priestfield and heard to many promises of a new stadium to ever think it will happen in my lifetime.