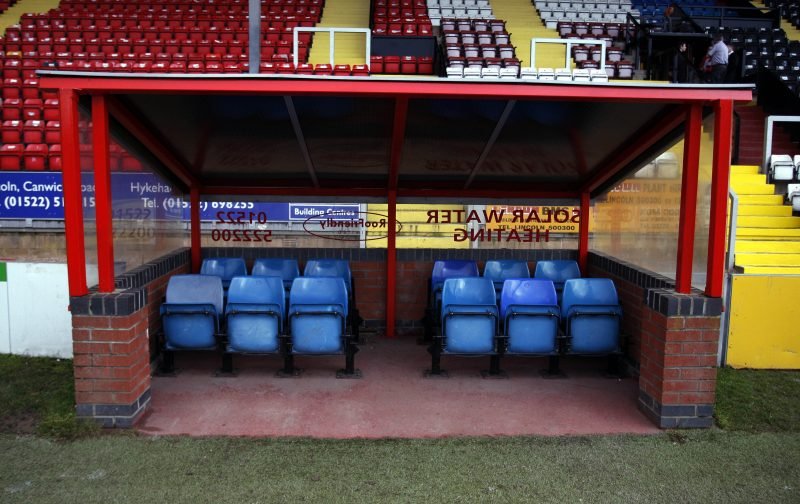 At the end of 1987, City were gaining some momentum. The squad was relatively settled after a challenging start; Mick Waitt had been lost to a broken leg, but the vastly experienced Steve Buckley was back following 4 months out with a back injury. Goals were flowing, Sincil Bank had become a fortress, and crowds were coming back in very good numbers. At the turn of the year, City sat in second place, 5 points behind leaders Barnet. And therein lay the problem: despite some great form, Barnet were actually widening the gap at the top with some very impressive results. No one doubted that Barnet were the more cultured footballing side, but would City’s grit and pure determination to succeed be enough to catch their main rivals in the remaining 4 months of the season?

The New Year started at Northwich Victoria, sitting bottom of the table with just 12 points. City had struggled to beat them at Sincil Bank 3 weeks earlier, and had needed a last-gasp Phil Brown winner to take the points; surely we would make short work of them this time? Well, a bright and sunny day saw City 2 down into the second half. To compound matters, Nigel Batch was injured and could barely walk; all of this on a mudheap of a pitch that was impossible to play any decent football on. Cue route one. City charged back into the game and scored three quick goals through Clive Evans, Jack McGinley and the increasingly-lethal Phil Brown to snatch the points from the Vics for the second time in a month. With Barnet’s game at Weymouth postponed, the gap was down to just 2 points. But City were without a keeper; the injured Nigel Batch would play no more than a handful more games before the end of the season. In came Richard Wilson, nephew of Arsenal legend Bob Wilson, from Grantham; despite having no experience at this level, Wilson proved a very sound deputy for Batch and was to play a full part in the championship run-in in what proved to be his only season as a City player.

City continued their good form with wins over Fisher Athletic (3-0) and an excellent 4-1 success at Welling United. These two results took City level on points with Barnet at the top. Unfortunately, a run of postponements led to a whole month without a league game, and suddenly Barnet were 7 points clear once more, helped by 3 goals in the last 16 minutes to overturn a 2-0 deficit at Weymouth. Furthermore, they were boosted by the returns of long-term injury victims Steve Humphries, Nicky Evans, Nicky Ironton and John Margerrison; things were looking ominous once more. A desperate late equaliser by Trevor Matthewson earned a point at home to Sutton United, and a boring 0-0 stalemate against a very negative Telford side saw us close the gap slightly as Barnet were unexpectedly beaten 2-0 at Enfield. A form of light relief from the tensions of league football came in the FA Trophy, with John McGinley sent off against Maidstone for headbutting Paul Smith…perhaps things weren’t so harmonious in the City camp after all. Fortunately, City kept the Trophy run going with a 2-1 win. A comfortable 3-0 win at lowly Dagenham brought February to a close with City unbeaten in 9 league matches. Barnet had suffered some inconsistent results, whilst the much-fancied Weymouth had slipped out of contention following a raft of postponements; their new Wessex Stadium had unforeseen drainage problems and they had gone 7 weeks without a game. In desperation, they had moved their home games to Bournemouth’s Dean Court, but it did not prove to be a home from home. With 2 months of the season remaining, it was looking like a 2-horse race:

A battling 2-1 win over Welling United on 2nd March brought City level on points with Barnet once more, but City were due at Enfield on 5th March for the FA Trophy quarter-final whilst their main rivals were in league action at Maidstone. Manager Colin Murphy spoke of his dilemma, with an attractive trip to Wembley in the offing; however, he stated categorically that promotion was his main priority: “In my previous spell at Lincoln we got to the top of the third division only to see injuries and suspensions picked up in cup games cost us promotion.” It wouldn’t be the last time that season that Murphy’s calm philosophy on the game would pay dividends. As it happened, Nick Francis scored the only goal of the game at Southbury Road following a collision between Jack McGinley and goalkeeper Richard Wilson, and City were out of the Trophy despite running the game for 90 minutes. No Wembley appearance, but at least we could concentrate on the league. Barnet had lost 2-1 at Maidstone, and there were 13 games in which to overtake them.

A tense 3-3 draw at improving Kidderminster saw Trevor Matthewson sent off for allegedly elbowing Harriers legend Paul Davies, who converted the resultant penalty. Many observers, particularly from the Barnet area, have accused Lincoln of being a dirty side that season. However, that dismissal of Matthewson proved to be the only sending off of a City player in a league match all season; Barnet had twice as many sent off in the space of 10 minutes at Sincil Bank. A goalless draw at Enfield was followed by the 5-0 demolition of Altrincham at home, with Andy Moore heading the only goal of his City career. Altrincham manager Jeff Johnson, recently appointed as successor to the great Tommy Docherty, accused us of being a dirty side….or perhaps the 5 goals his inept side had just conceded had something to do with his post-match comments? Barnet made a further statement of intent with the signing of four new players including defender Nicky Bissett from Dagenham for £20,000, a record fee between two Conference clubs.

So Easter arrived at the start of April with Lincoln unbeaten since the 4-1 defeat at Sutton on 28 November. Four months and thirteen matches had seen City maintain their challenge to Barnet at the top, but the table going into the Easter weekend showed that the gap was still 5 points, exactly the same gap as had existed at the turn of the year. With 10 games remaining, and with 2 games in hand, did we have enough to catch them?

Part 5 next week – the Conference record attendance falls twice as City close in. And Barry Fry embarrasses himself for all eternity on national television.