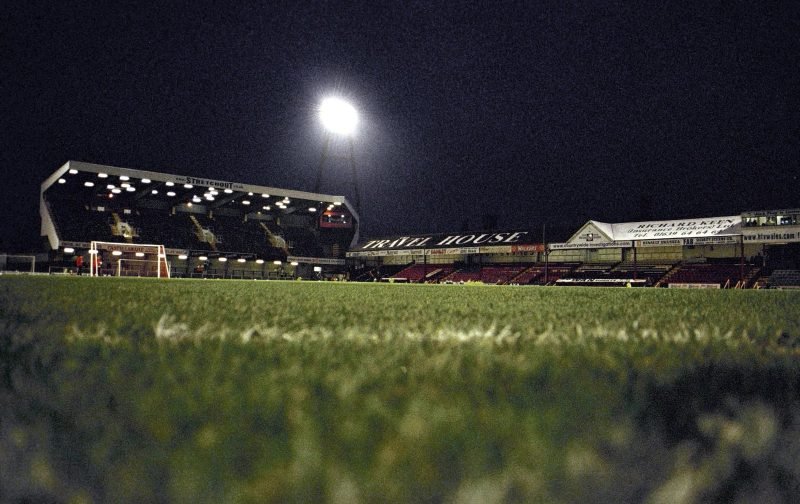 It’s Saturday 9 May 1987: 5.02pm. Lincoln City have lost 2-0 at the Vetch Field, Swansea: nothing unusual there. Elsewhere, Burnley have beaten Orient 2-1 in front of almost 16,000, and at Plainmoor a police dog called Bryn has bitten Torquay United’s Jim McNichol; in stoppage time Paul Dobson, later to join City under Steve Thompson, has popped up with a last gasp equaliser. This is no ordinary Saturday afternoon because Lincoln City have just become the first club to be relegated automatically from the Football League, replaced by Neil Warnock’s Scarborough.

In one sense it came as a shock to everyone. After all, City had only been relegated from the Third Division 12 months earlier and had been fancied as promotion contenders. They even occupied a play-off spot (7th) at the half-way stage of the season and had not been bottom until Dobson’s equaliser at Plainmoor. On the other hand, it was no shock at all. The club had achieved almost legendary status for selling its players: Mick Harford, Gary Strodder, Glenn Cockerill, Trevor Peake, Stuart Naylor, Tony Cunningham and John Fashanu had all been sold for big money in recent seasons, and a steady decline had set in since the heady days of the early 1980s when City had regularly tested the best the First Division could offer. To compound matters, large sums of money had to be spent on ground safety following the Bradford fire in 1985. In the early part of 1987, City had been plummeting down the table at an astonishing rate; despite a recent 3-1 win over champions Northampton, 3 wins, 5 draws and 14 defeats had ensured that City once again made history as the first club to endure something unpleasant. They had previously been the first club to lose a cup tie on penalties and the first club to lose a cup tie to a golden goal. Quite simply, it had to be us.

Clubs relegated from the League in 2016-17 are treading a familiar path. Relegation has been in place for 30 years, and a template exists for those seeking a quick return. However, what happened to City in May 1987 was truly a step into the unknown. Who were these clubs we would be playing? Were they any good? What would our crowds look like? Would we continue to build the new St Andrews Stand or abandon it? Would we stay full-time or go part-time like the rest of the clubs in our new league? Would we even have any players? The Football League announced that the registrations of our players reverted to them. So there we were. No players, no main stand, and no manager after the woefully ineffective Peter Daniel had been sacked (ironically he signed for Burnley).

Luckily the mourning period was very brief. The following day, chairman John Reames announced that the stand would be completed and his club would return to the Football League in 12 months. “It is a time for faith and courage and the stand will be a symbol of our determination to regain League status.” They also took the crucial decision to remain full-time.

City moved quickly to re-appoint Colin Murphy, who ironically had kept Stockport in the League with a recent win over City. “I have been up and down the motorways of this country in the Fourth Division for years and so what difference will the Vauxhall Conference make?” He was soon to find out.

Murphy bought well. David Clarke and giant striker Mick Waitt arrived from Notts County, experienced duo Nigel Batch and Bob Cumming came in from Grimsby with the promising Andy Moore; Trevor Matthewson, Phil Brown and Mark Sertori were signed from Murphy’s former club Stockport, while the experienced Les Hunter from Scunthorpe completed the new squad. Accusations were made that Lincoln were simply buying their way back to the League, but these signings were all financed by the sale of goalkeeper Lee Butler to Aston Villa in the close season. So they had not spent a penny in real terms. Murphy had also managed to retain three players from the relegated team who would prove essential to City’s promotion bid: 17-year-old defender Shane Nicholson, powerful winger John McGinley and ex-Derby centre back Steve Buckley. Things were looking a bit better.

Some observers suggested that the Conference would not want Lincoln to succeed, at least not too quickly. If their claims to equality with Division Four were to be ratified, the worst thing that could happen for them would be relegated Lincoln City winning their championship at the first attempt. So cries of ‘foul’ were heard across the city as the fixture list was announced: away to two of the league’s crack sides, Barnet and Weymouth in the first 4 days of the season.

Although the bookmakers swiftly installed full-time Lincoln as their favourites for the title, there were few supporters amongst the other managers. Barnet boss Barry Fry, soon to endear himself to the City faithful for all eternity, was one of the doubters: “Their superior fitness may tell later in the season, but they might have dropped too many points by then.” Even so, Fry started pre-season training a week early specifically because of the opening fixture at home to Lincoln. Every other club in the division was spending heavily in a bid to emulate Scarborough. Barnet, Weymouth, Telford, Altrincham, Stafford Rangers and Maidstone United were all tipped by the bookies to do well; and Lincoln were due to play every single one of them away from home during the first 7 weeks of the season. And every team would see the match against Lincoln as their cup final; they would raise their game; we would lose to dreadful teams we had never heard of, in front of crowds of locals baying for our blood, on pitches like a cowfield….wouldn’t we?

So when we climbed into our cars on the morning of Saturday 22 August 1987 and headed down the A1 towards Barnet, we really had no idea what to expect. Here we go……

Part 2 next week: Welcome to the Conference Lincoln City!

Conference Championship 1987-88 Part 1:The Bite That Sent The Imps Down:https://lincoln.vitalfootball.co.uk/conference-championship-1987-88-part-1-the-bite-that-sent-the-imps-down/