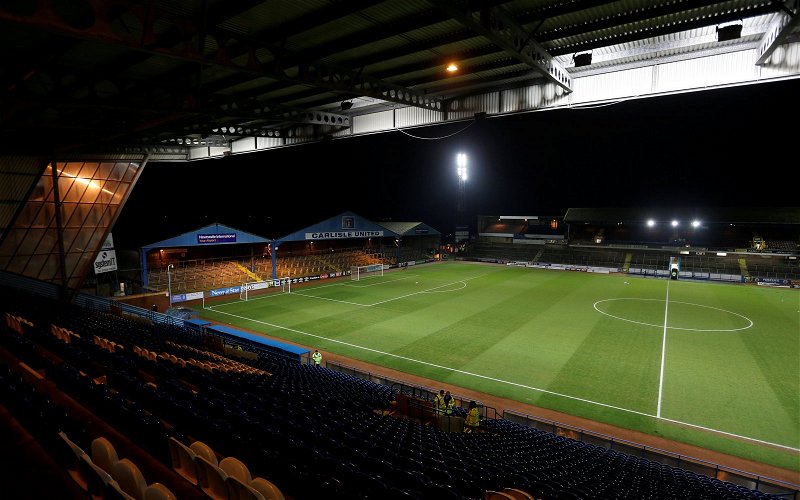 The Vital Lincoln City members’ voted for whom they believe was The Imps Man of The Match in their 1-1 draw away at Carlisle United in the Second Round of The EFL Trophy, which the hosts won 4-3 on penalties.

Views from hulloutpost: “I’ve had to go, Maguire, because he was consistently decent – until penalties anyway.

I wanted to go with Adelakun because he was head and shoulders the most dangerous player on the pitch and Carlisle defenders were terrified of him.

At times he was walking past them at will. Unfortunately, the end product let him down several times and that completely sums him and the Imps up at the moment.

There is some debate about whether Poole was missing for their goal or that Adelakun simply let their player run by so I’m not jumping to conclusions.

All said, I would start with Maguire and Adelakun in the front three against Hartlepool, or will MA go with the two strikers as hinted at.”

McGrandles had one of his better games this season. We lost balance when Sanders went off, hope that’s just saving him for Saturday.”

Chesterimp: “Maguire for me too, took his goal well and was always prompting though set pieces werent up to much.

McGrandles had one of his better games this season. We lost balance when Sanders went off, hope that’s just saving him for Saturday.”

Eweimps: “I’ve gone for Adelakun too, looked capable of beating his man and created a few opportunities though the final ball sometimes let him down.”

Scotimp: “Adelakun for me despite the alleged error for their equaliser, some of his footwork in and around the box was great. He frustrates the hell out of me though – there is clearly an unplayable League One striker in there on his day, but when will that be? Give him a run in the team and see what happens.

Maguire probably second, but I thought he looked lazy at times in the first half and his penalty was abysmal.”