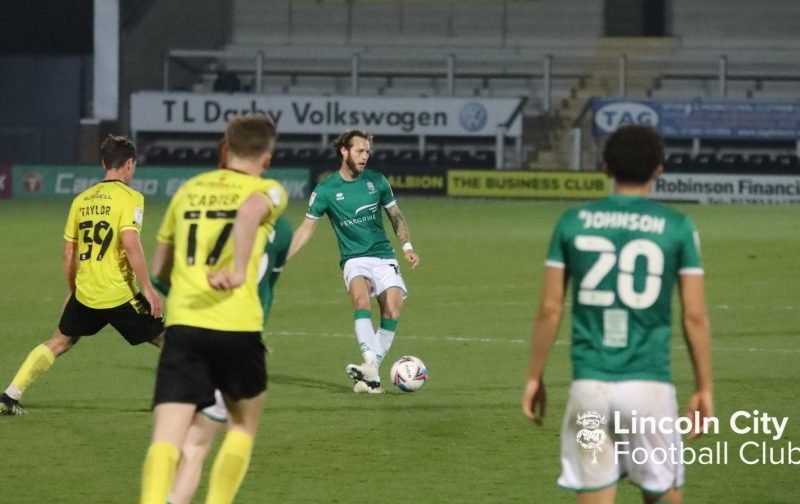 Views from PerthImp following Tuesday night’s 1-0 win away at Burton Albion in League One: “YESSS. What a superb result. Well done Imps. Under a bit more pressure second half and we didn’t keep the ball so well, but we just stood firm against a Burton team who were trying hard, but ultimately lacked that bit of quality to break Lincoln down. They had been in good form though so well done lads. Think Palmer only had one real save to make and that was straight at him. Great to see Jorge Grant get a few minutes on the pitch as well, although he almost lost his head a couple of times – wonder if that was him being a bit reactive/protective of his injury🤔. Bring on Hull.”

You can discuss what has been said in this article HERE, as well as many other topics on our 100% Imps forum! We have also published a Lincoln City v Burton Albion Quiz, which can be found just below. Every page view helps raise money for Lincoln City Football Club!

hulloutpost: “What a fantastic performance and result. Had a bit of everything – moments of quality, organisation, discipline, stood up physically. A complete team performance. Every player had a good game, no passengers out there tonight.

It looks like some decent results could be coming in to top it off.”

Merthyr Imp: “If 1-0 can ever be said to be a comfortable win that was it. A pity we couldn’t get the second goal to kill them off, but Burton did defend well, and you couldn’t point to any blatant missed chances like on Saturday.

We also defended well, and I’ve never seen so many long throws from so far out since John Beck was at Sincil Bank.

McGrandles didn’t have such a good second half as first but still my man of the match. Johnson seemed to fade out of the game in the second half, but both him and Rogers were the main threat before the break.”

JT_LCFC: “Great week, and even more pleasing the clean sheets have returned. Given the fact we have players coming back, and we have been able to rotate a bit more of recent weeks standing us in good stead.

Always thought it was a slight overreaction when posters were writing us off a few weeks. It’s a tough competitive league, with a hectic schedule and small squad. But we’re coming good.”